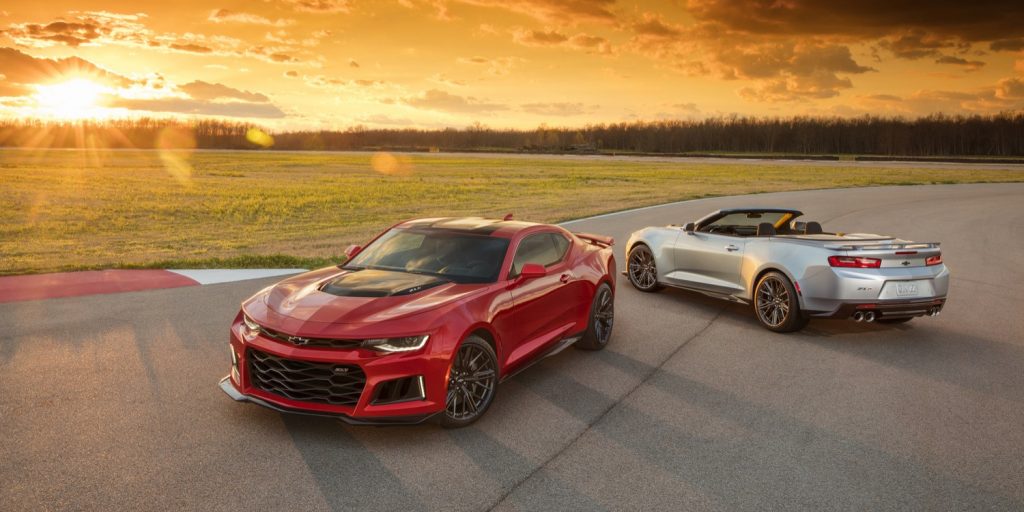 Update: A previous version of this article quoted a 640-horsepower peak output for the 2017 Chevrolet Camaro ZL1. The most recent figure available is, in fact, 650 horsepower; the article has been changed to reflect this.

The Ford Shelby GT350R Mustang represents the absolute high watermark of what the Blue Oval’s 52-year-old pony car is capable of today. Its flat-plane-crank, 5.2-liter Voodoo V8 – a powerplant shared with its GT350 sibling – produces 526 horsepower without any sort of forced induction, and when paired with a set of magnetorheological dampers, a Torsen limited-slip differential, and lightweight carbon-fiber wheels, the results are spectacular.

Alas, Chevrolet has the Shelby GT350R Mustang in its sights with one of its forthcoming, high-performance Camaro variants: the ZL1.

Pricing was announced today for the 2017 Camaro ZL1, and the new, supercharged GM pony car will undercut the price of the Shelby GT350R – only just. According to our sister site GM Authority, the ZL1 will be offered with a base suggested retail price of $62,135 (the convertible, at $69,135, will cost substantially more than Ford’s superpony). With that, you get the supercharged, 650-horsepower LT4 V8 from the Chevrolet Corvette Z06, an updated Magnetic Ride suspension system, an electronic limited-slip differential, and more.

Historically, the Chevrolet Camaro ZL1 has always been more about straight-line speed than on-track performance, per se; the forthcoming Camaro variant might end up appealing to a somewhat different subset of buyers than those interested in the track-focused Shelby GT350R Mustang. Regardless, with an astonishing 650 horsepower on tap, the ZL1 could conceivably cut into the Shelby’s sales to an extent.

We’ll be hoping for the best.