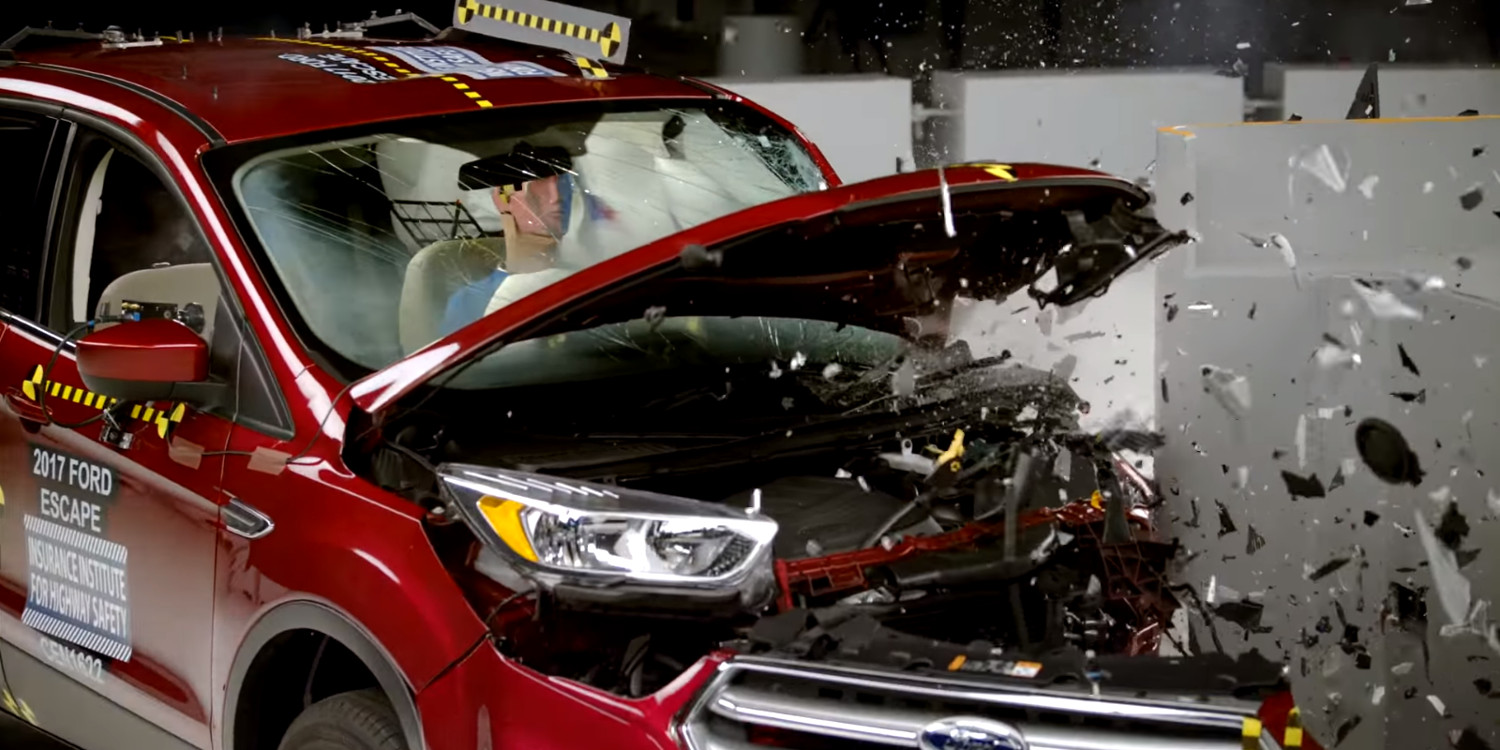 The newly-refreshed 2017 Ford Escape crossover seems to have been the recipient of some modest structural upgrading, at least if the latest testing from the Insurance Institute for Highway Safety (IIHS) is any indication; it earned an “Acceptable” rating in the small-overlap frontal category, versus the outgoing 2016 model, which only managed a “Poor.”

“Acceptable” is only the second-highest rating in the IIHS’ three-tiered system, with “Good” being the best. Still, the new Ford Escape earned the top mark in every other crash test category: moderate-overlap frontal, side, roof strength, and head restraints/seats. The crossover’s headlights were deemed only “Acceptable” by the IIHS, and its frontal crash prevention “Basic” with optional equipment.

The Ford Escape is built on the automaker’s Global C platform, introduced in 2011 and shared with products such as the Ford Focus compact and the Lincoln MKC crossover. It’s interesting to note that even while the pre-facelift Ford Escape was earning only a “Poor” rating in the small-overlap frontal crash test from model years 2013 through 2016, the Focus sedan earned an “Acceptable” score for each of those same years.

Play the video above to watch the 2017 Ford Escape get demolished in the IIHS small-overlap frontal crash test.