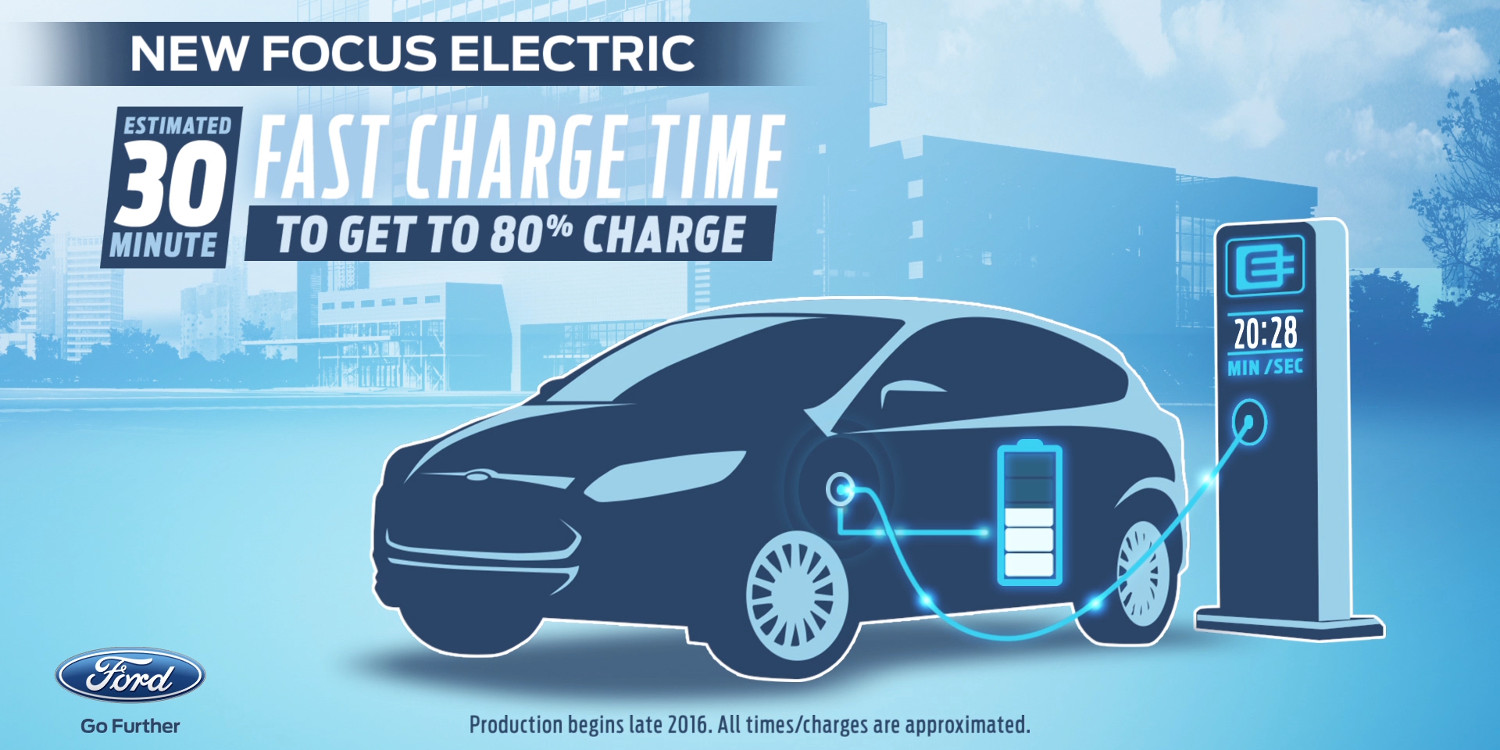 The refreshed, 2017 Ford Focus Electric announced by the automaker last December still has yet to make an official debut, but in the meantime, website Inside EVs has managed to obtain an official spec sheet with some welcome news about the forthcoming green car.

According to that outlet, the new Ford Focus Electric is set to ship with a 33.5 kWh battery pack, as compared to the 23 kWh pack found in the outgoing battery-electric compact. That represents a 46-percent increase in capacity, and while we still don’t know for sure what the exact range of the new car will be, an equivalent 46-percent bump in vehicle range would make the new Focus Electric a 110-mile electric vehicle. That would put the car even with the 2017 Hyundai Ioniq Electric and the 2016 Nissan Leaf, although Inside EVs notes that the latter is due for a redesign soon.

The other major change slated for the 2017 Ford Focus Electric is the implementation of DC fast-charging with an SAE Combined Charging System plug with up to 50 kW of juice. In theory, this means that the new Focus Electric can go from depleted to 80-percent charged in around half-an-hour at certain fast-charging stations.

The 2017 Ford Focus Electric is expected to launch in December, meaning that its first public appearance ought to be coming up soon. Given California’s affinity for eco-friendliness, we would bet on a 2016 LA Auto Show debut.