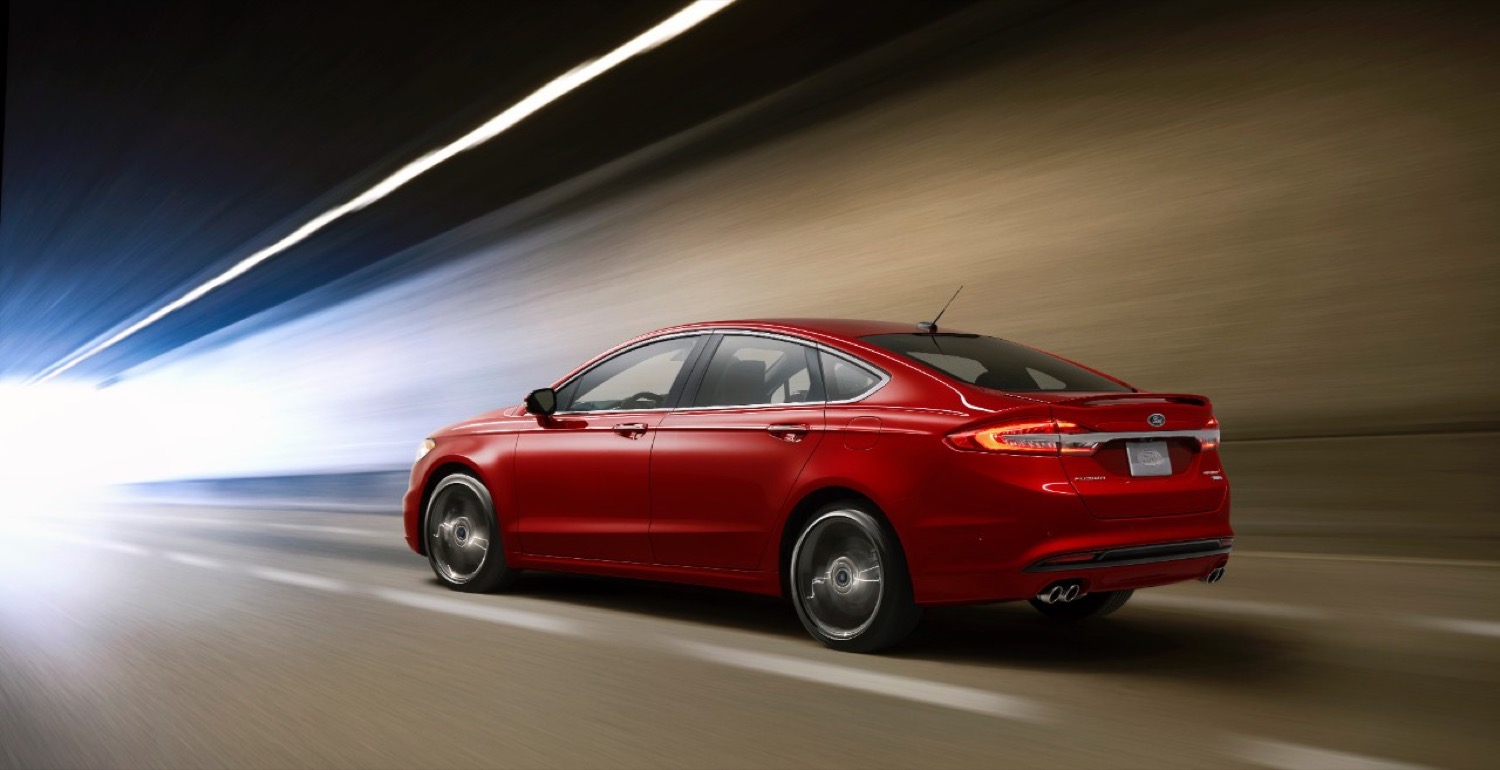 Driving and listening to the radio go together like Texas and capital punishment. To help keep music-lovers everywhere happy with the auditory experience of the newly-refreshed 2017 Ford Fusion sedan and 2017 Ford Escape crossover, Ford has added two key new features to their respective available Sony audio systems to make radio-listening smoother and more clear.

The first of these new features is dual FM radio receivers. In essence, both the refreshed Ford Fusion and Ford Escape use the rear-window heating grid as an extra antenna, and a second FM receiver “listens” to that signal independently of the primary antenna/receiver. Having two signals allows the radio to effectively cancel out much of the interference associated mostly with cities and mountainous areas, says Ford – a side-effect of the signal bouncing around the landscape.

The second antenna and receiver also allow the radio to throw out overlapping FM signals, such as when one is commuting between two metropolitan areas. “With dual antennas, the broadcast transitions seamlessly,” says Ford Antenna and Reception Engineer Andy Adrian. “No spits or wisps, and no hearing two radio stations at the same time. The system delivers the clean, high-quality sound you expect from a Ford vehicle.”

The second new feature on Sony audio systems available for the 2017 Ford Fusion and Ford Escape is called Automotive Audio Bus® (A2B®). A relatively-new technology from Analog Devices, Inc., A2B delivers truly high-fidelity sound while reducing the amount of wiring required – by upward of 75% by weight, according to the company’s website.

“These changes are the result of listening to feedback from dozens of listeners over hundreds of hours,” says Ford Audio Systems Senior Technical Leader Alan Norton. “It’s all about attention to detail. By improving radio reception and taking other steps to improve sound quality and acoustics, we aim to give customers the consistent, enjoyable sound they deserve.

“In many cases, the best audio systems our customers have are in their vehicles. We don’t want them to settle for low sound quality.”