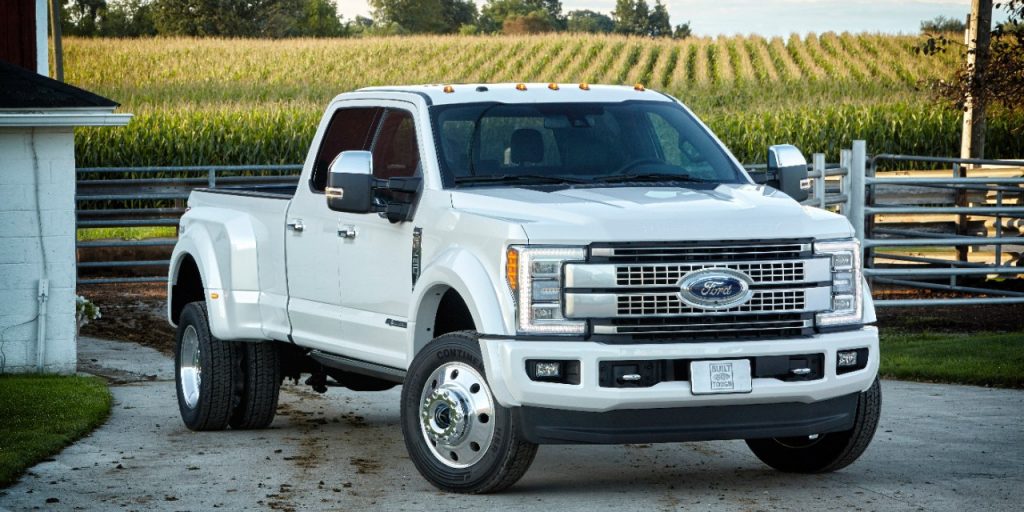 Fuel range is a key metric with regard to new vehicles. Often, if a manufacturer wants to provide its customers with the longest possible time between refueling stops, it will employ all manner of different engineering trickery to squeeze every last drop of fuel as far as it can.

That, or just install a bigger tank.

According to The Truth About Cars, the 2017 Ford Super Duty long-box SuperCrew (diesel) will take the latter route, coming equipped with a massive, 48-gallon fuel tank – far and away the biggest tank available on a heavy-duty truck. That measure is equal to about 182 liters, for all you metric-users; or 11,088 cubic-inches, if you’re a bit weird and you routinely use cubic-inches as a unit of measure to quantify volume.

Of course, fuel economy ought to have improved a tad over the outgoing Ford Super Duty, as well, thanks largely to the use of aluminum alloy throughout the body. The EPA doesn’t require vehicles with a GVWR over 8,500 pounds to submit to fuel-economy testing, but if they did, we expect there’d be a point or two between 2016 and 2017 models.

Granted, when owners of the 2017 Ford Super Duty diesel with this tank finally do have to stop cruising in order to refuel, they’ll be greeted by the harsh blow of a $100+ tab.