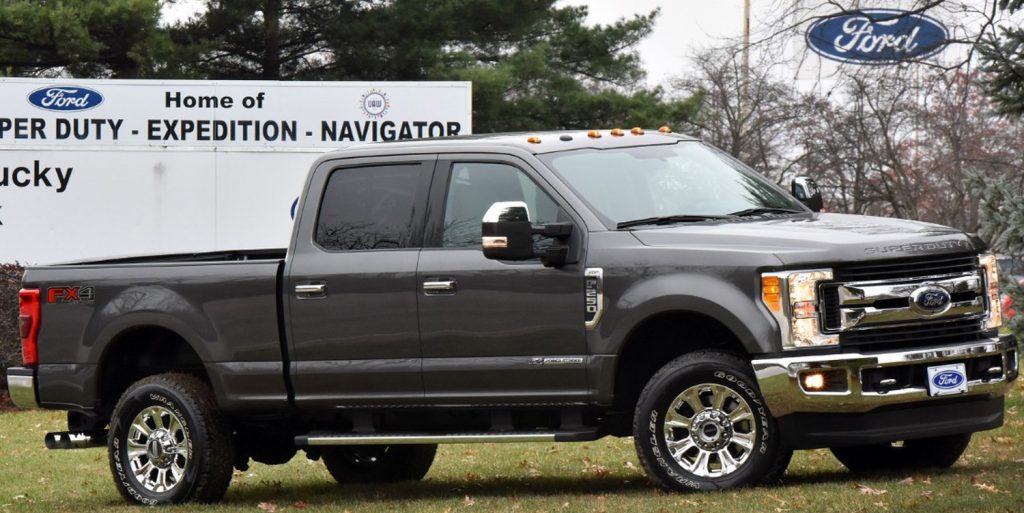 The new, 2017 Ford Super Duty has started shipping from the automaker’s Kentucky Truck Assembly plant in Louisville, Kentucky. The 2017 model-year truck is the first all-new Ford Super Duty in 18 years.

“Super Duty is a very, very important product,” Ford Chief Financial Officer Bob Shanks told analysts last month. “It’s high volume. It’s very high margin.” The truck’s arrival could help change Ford’s fortunes for the better in the US, where the market has cooled more quickly than Ford had anticipated. According to Bloomberg, the automaker originally projected industrywide sales of around 18 million units for 2016, but has had to lower its expectations to somewhere between 17.4 and 17.9 million.

That market slowdown, in conjunction with rising incentives and the expenses inherent in any new-vehicle launch, are taking their toll; Ford’s pretax North American profits slid 4.8 percent in the second quarter. But Ford Executive VP and President of the Americas Joe Hinrichs said at a recent conference that Ford will keep “very disciplined” with regards to pricing and incentives. He conceded that “there certainly are costs associated with the launch period,” but remained optimistic about the new Ford Super Duty’s arrival.

“Once we got past the F-150 launch, we set a record for every quarterly profit,” Hinrichs said. The Ford Super Duty currently dominates the heavy-duty pickup segment with 43 percent of the market.