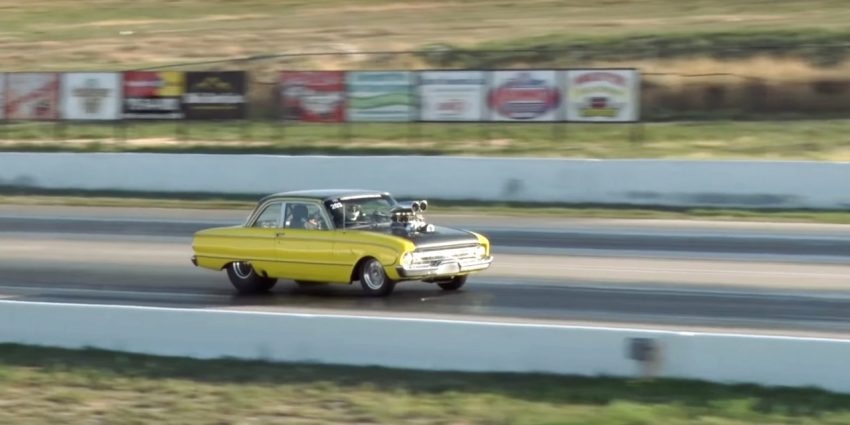 Arizona resident Jim Phelps, soon to be 70 years of age, decided to cross a big ticket item off his bucket list this year by taking his supercharged, Chevy-powered, 1961 Ford Falcon out for a week of road tripping and drag racing.

YouTube channel 1320video decided to check in with Mr. Phelps at every stop, chronicling the journey of him and his classic Ford Falcon as they made their way around several states for Rocky Mountain Race Week. The week started off in Kearney, Nebraska, before moving on to Morrison, Colorado, Pueblo, Colorado, and Great Bend, Kansas, finally ending up on the last day back in Kearney. That works out to five long days of drag racing, and hundreds of miles of highway driving, all through some truly blistering heat.

It sounds like an epic journey. As for the car that did it, Mr. Phelps’ 1961 Ford Falcon has a Chris Alston tube chassis, a 454-cubic-inch Chevy big block with an 871 supercharger, and a Powerglide transmission. The rear has 4.11:1 gearing and 35-spline axles. Put all that together, and this vintage Ford Falcon is capable of quarter-mile runs in the 10s, with trap speeds exceeding 120 mph – not quite the fastest machine on the block, but certainly one of the coolest.

Check it out in the video above.