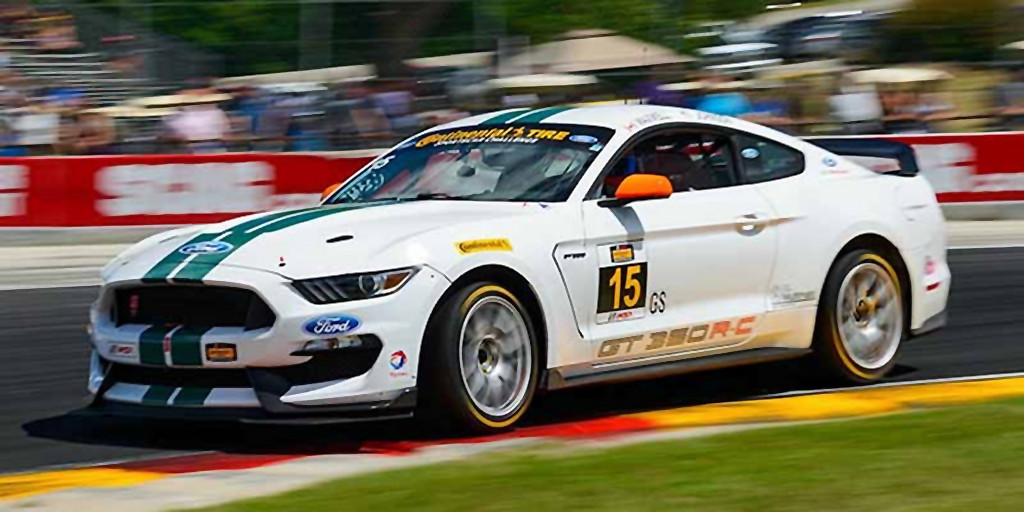 Not being professional racing drivers, none of us here at Ford Authority can quite fathom what the taste of victory must be like, but we imagine there’s lots of pride, adrenaline, and elation involved.

Billy Johnson likely felt some mix of the three in the most recent round of the IMSA Continental SportsCar Challenge last Saturday, when he and his Shelby GT350R-C Mustang emerged victorious after 2 hours of slithering around Road America in a right hurry. Perhaps that’s what drove Mr. Johnson to drift the race-winning Mustang around the 4.0-mile track throughout his victory lap.

“I’ve been drifting my street cars since I got my first license in the early 2000s, and on sand rails out in the desert before that,” Billy Johnson told the guys at Road & Track. “I’m half Japanese, so it’s in my blood… Donuts are okay… Burnouts are OK… But I have a fantastic car that does fantastic drifts, so why not?

“As long as the series doesn’t stop me, I’ll keep doing it when we win,” he concluded, promising more spectacles at future venues.

Perhaps unlike most drivers would do, Billy Johnson didn’t just hit it and quit it, instead sliding his competition-spec GT350R-C Mustang around just about every corner on the track. He even managed to sustain an impressive slip angle around the entirety of Road America’s long, sweeping carousel.