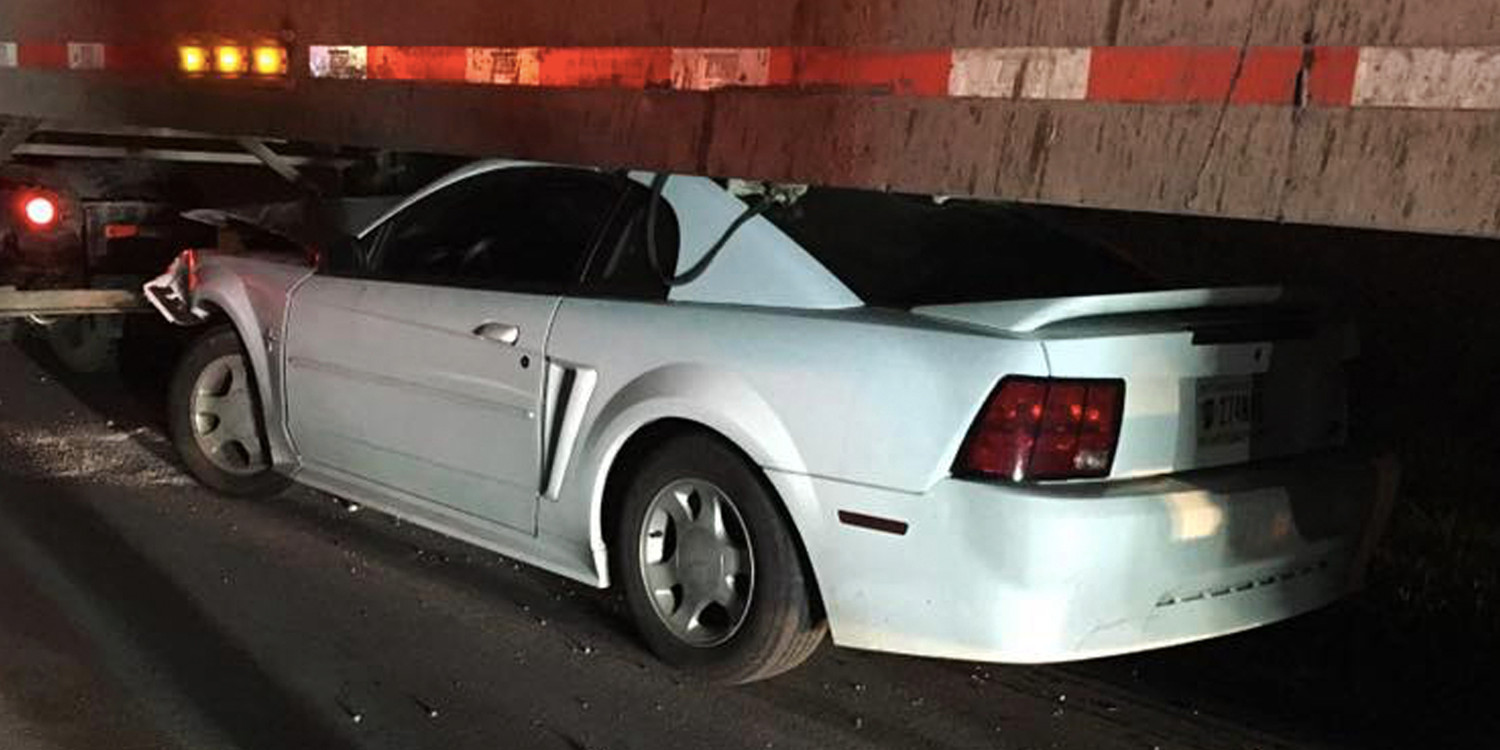 Police in Danville, Illinois, located about 140 miles south of Chicago, are investigating an intriguing car accident in which an SN-95 Ford Mustang became wedged underneath a semi-tractor trailer on Highway 36. According to Jalopnik, only minor injuries were reported.

It’s uncertain what chain of events transpired to result in this curious case of vehicular crunching, but we rather like Jalopnik‘s speculation that the Ford Mustang’s driver was simply trying to recreate the opening sequence from The Fast and the Furious, where a souped-up Honda Civic tucks itself underneath a tractor trailer to keep from spreading itself around a construction site. A post on the Danville Metro Police Department Facebook page says that this peculiar Ford Mustang accident took place around 6am on Friday, August 19th, between County Roads 200 E and 300 E. The highway was closed for a spell, but quickly reopened.

Considering the breadth of absolutely dreadful possible outcomes from an accident such as this, we’re thankful that only one vehicle occupant had to be hospitalized – and for minor injuries, at that.

Stay safe out there.