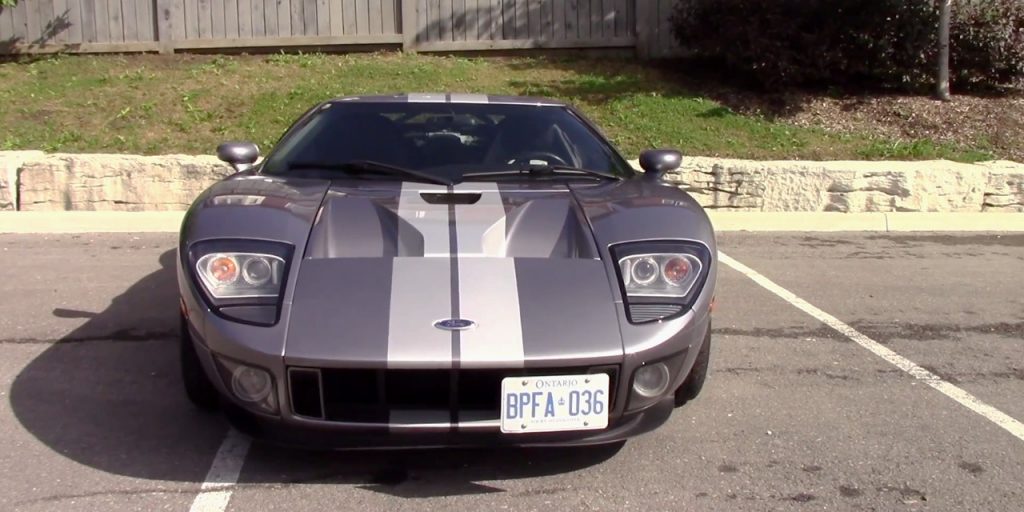 The applications are closed, and though it saddens us to say it, you probably won’t ever be allowed or able to purchase the all-new, 2017 Ford GT supercar. Of course, if you’re determined enough to have your own slice of Ford supercar history, there is still the option of purchasing the first-generation GT, produced in limited numbers for the 2005 and 2006 model years.

Alas, there’s a bit of an issue there, as well; while the supercar started off with a sensible-enough MSRP of around $150,000, a good example today commands a price up to $400,000 – sometimes more. Doug DeMuro of Autotrader was determined to find out why.

In a corresponding article he penned, Doug DeMuro says of the Ford GT: “I expected that the mid-2000s Ford GT would be a lot like an overgrown Viper – in other words, poorly made, shoddily stitched together and falling apart, with a pickup-truck engine and a rough, vague transmission.” (The 2005-’06 GT did indeed pull its 4-valve, 5.4-liter V8 from the automaker’s common Modular family.)

Upon driving it for himself, however, DeMuro quickly realized the error of his assumptions. He found the interior impressive and well-put-together, even with all the parts-bin components. He also relished the supercar’s poise and performance – not only in a straight line, but through corners, as well. Perhaps best of all, it’s easy to drive, with a livable, linear clutch and smooth directional changes,

At the end of the day, say all you will about the Ford GT’s rarity, historical significance, and novel quirks; in addition to all of that, the GT simply is a “world-class supercar,” according to DeMuro. “I… loved and was tremendously surprised by the GT, and it’s now easy for me to see why its values have climbed as high as $400,000: because it’s easy to drive, because it offers amazing performance, and because it looks like nothing else on the road,” he writes.

It’s just too bad we’ll likely never be able to afford one.