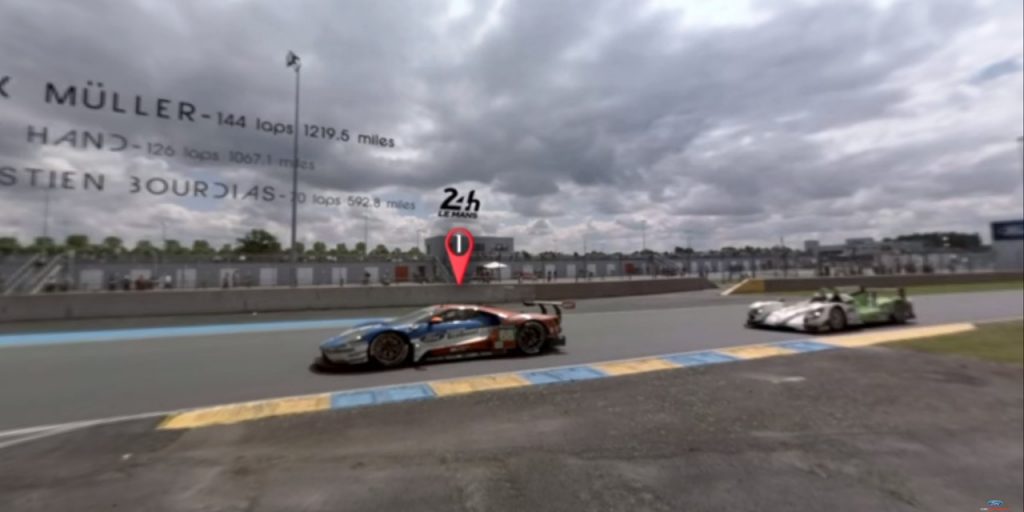 Ford Motor Company is aiming to deliver an unprecedented, immersive new media experience to fans with the new “FordVR” app for Android- and iOS-powered mobile devices. The first virtual reality experience available for viewing is a 360-degree piece recorded at this year’s 24 Hours of Le Mans race, where the Ford GT took first in the GTE Pro class after an intense, 24-hour battle with Ferrari.

This first piece was produced with some help from Tool of North America – an award-winning company specializing in cutting-edge VR storytelling. It features a detailed recounting of the event by Ford GT driver Joey Hand, and gives viewers the chance to experience interactive, 360-degree video from the Ford paddock, the cockpit of a Ford GT race car, the famous Le Mans Ferris Wheel, and additional vantage points.

Says Tool of North American Director and Founder Erich Joiner: “As an auto and racing enthusiast, I was inspired by the opportunity and the challenge of helping the iconic Ford brand make its virtual reality debut. For the innovative Ford GT, I wanted to create something that gives people an exciting virtual reality experience beyond the traditional. I wanted to use the immersive technology not only to transport them to a new place, but to take them where only a special few from the Ford racing team typically go – inside the famed track at Le Mans.”

The new “FordVR” app can be downloaded now on the iOS App Store or Android’s Google Play marketplace.

Here’s Why The 5.0L Coyote V8 Engine Will Never Be Used In The New Bronco