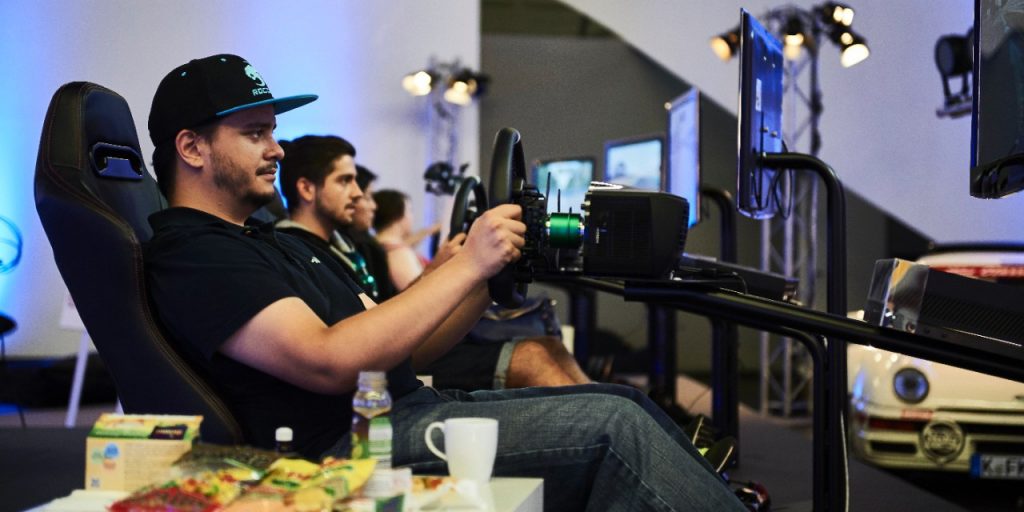 Five avid, dedicated gamers have just stolen the Guinness Book of World Records title for the “longest video marathon on a racing game,” driving the new Ford GT supercar (virtually) around the Le Mans Circuit de la Sarthe for 48 hours, 29 minutes, and 21 seconds. The title was presented at the Microsoft stand at Europe’s Gamescom – an interactive games trade fair in Germany.

The five brave souls who endured more than 48 hours of migraines and carpal tunnel syndrome are Cara Scott (25, UK), Hélène Cressot (France), Johannes Knapp (30, Germany), Andrea Lorenzo Facchinetti (42, Italy), and Jesús Sicilia Sánchez (23, Spain). They drove a digital representation of the Ford GT around a virtual recreation of the very same track where the new car made history earlier this year, winning the legendary 24 Hours of Le Mans exactly 50 years after Ford’s first win there in 1966 with the GT40.

Keeping the five gamers going through two full days of virtual racing was a massive arsenal of consumables. Together, the group took in 32 energy drinks, 146 bottles of water, 47 bottled soft drinks, and more than 3 kg of sweets.

“They did an amazing job. Just like driving at the real Le Mans, this achievement required extreme levels of concentration, attention to detail, and most importantly endurance – because they had to keep going for twice as long as we did,” said Ford Chip Ganassi Driver Stefan Mücke, who drove the No. 66 Ford GT at this year’s Le Mans race.

He may be overselling the group’s accomplishments there a tad, but none the less, it is an impressive feat.