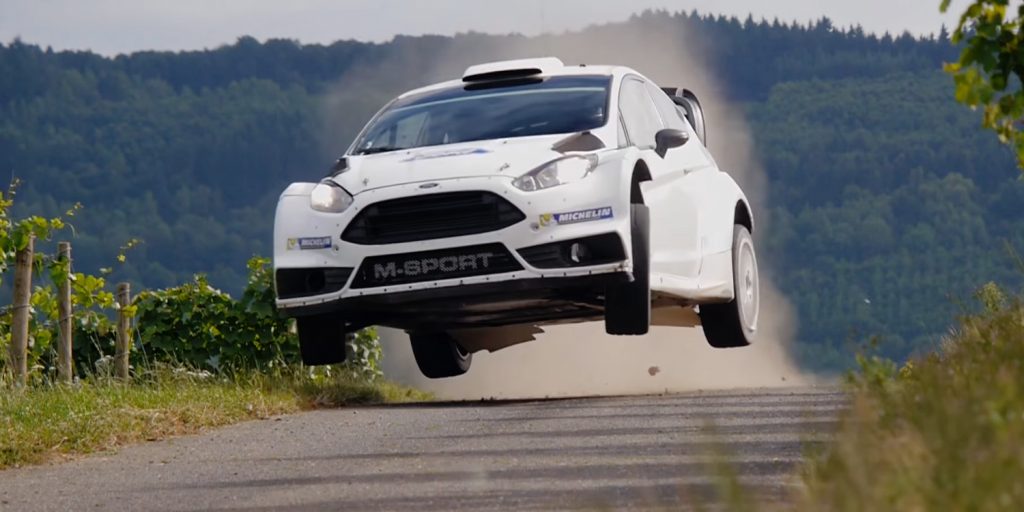 Want to see those pesky, pompous “laws of physics” utterly smashed? Watch the video above.

Both Ford Fiesta RS WRC cars completed the German round of the FIA World Rally Championship, with Mads Østberg (28) driving his way to a sixth-place finish. Ott Tänak (also 28) had a bit of a harder time, coming in at twenty-third overall.

The Ford Fiesta RS WRC was built to comply with 2011 FIA regulations, but since Ford withdrew from the program at the end of the 2012 season, M-Sport has been responsible for keeping the car competing on the global rally stage. It’s powered by a 315-horsepower, 1.6-liter turbocharged engine, which powers all four wheels through a 6-speed sequential gearbox.

Enjoy the video? Good news! Below is another compilation featuring Dmack driver Ott Tänak, courtesy of YouTube’s “Grid.Media”. (Thanks to Carscoops for turning us on to these videos.)