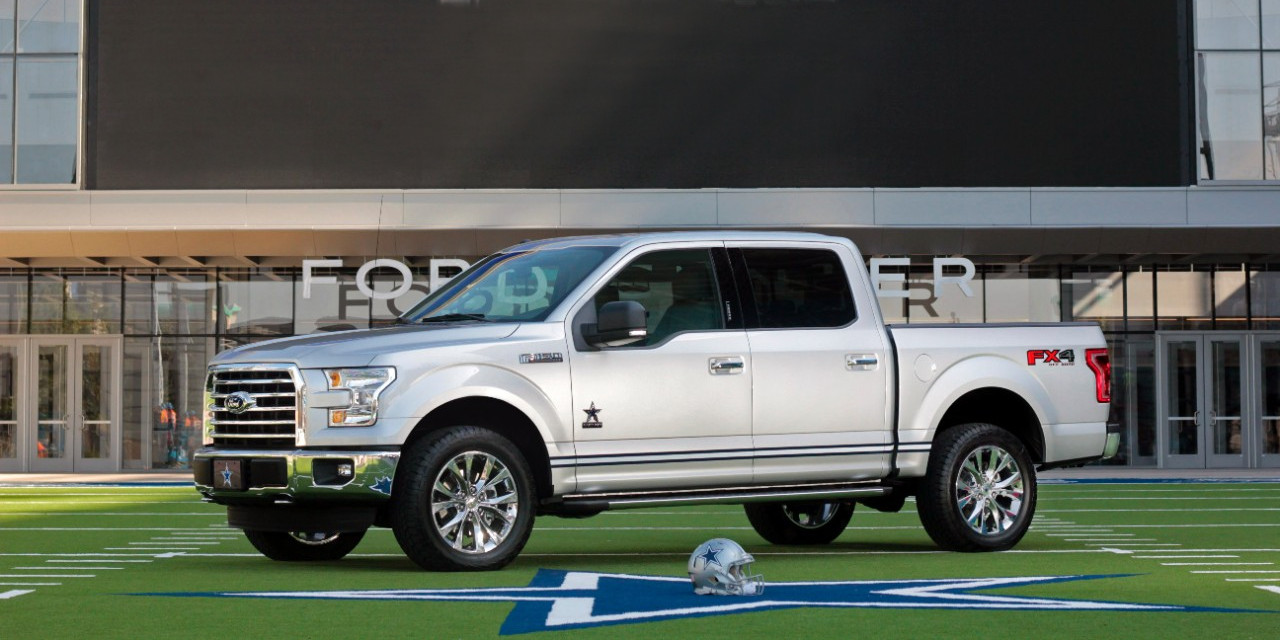 More than twenty years ago, Ford teamed up with the Dallas Cowboys NFL team to offer a limited-run “Cowboys Edition” Ford F-150. The special-edition pickup hasn’t been offered again since – until now.

Unveiled earlier today, the new Ford F-150 Dallas Cowboys Edition is based on the current-generation XLT with the optional Chrome Package. It’s shod in the same silver as that on the Dallas Cowboys’ helmets, with subtle blue and white striping across the truck’s rocker panels. Other bespoke stylistic features include unique Cowboys wheel center caps, Cowboys Edition badging with the team’s iconic star logo on the front doors and tailgate, and matching logos on the heavy-duty cargo bed mat and front and rear floor mats. The launch of the Ford F-150 Cowboys Edition marks the opening of the new Ford Center at The Star in Frisco, Texas, which will serve as the Dallas Cowboys’ new training facility and corporate headquarters.

“It has been 22 years since Ford and the Dallas Cowboys offered a Cowboys edition F-150,” says Ford Dallas Regional Sales Manager Greg Wood. “I can’t think of a better way to celebrate the opening of the Ford Center at The Star and the beginning of a new Cowboys season than to offer fans of both F-150 and the Dallas Cowboys the opportunity to purchase one of these incredible trucks.”

Just 400 examples of the Ford F-150 Dallas Cowboys Edition will be built, each with a numbered plaque wearing the autograph of Jerry Jones – Dallas Cowboys Owner, President, and General Manager.

Lincoln Is Now The Official Luxury Vehicle Of The Dallas Cowboys: Video