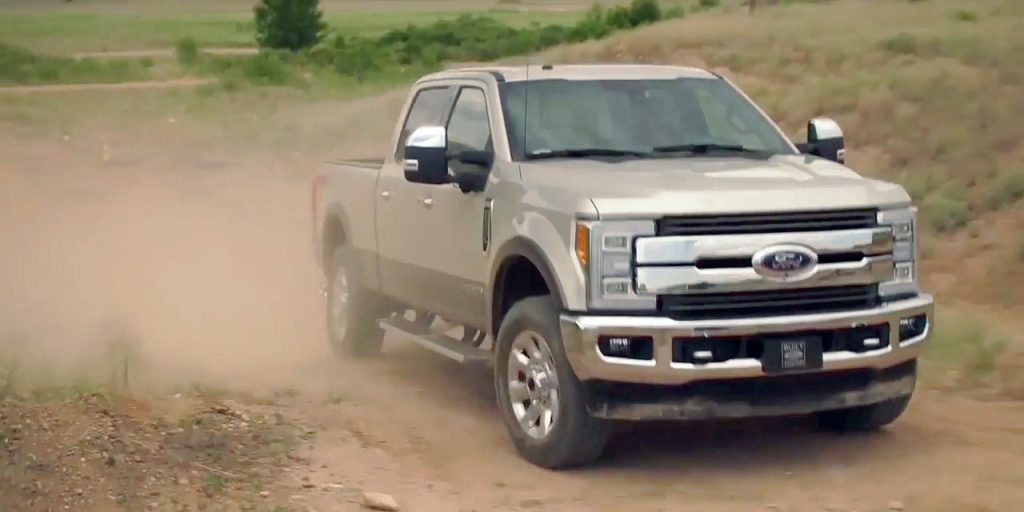 Ford has released aerial drone footage of the new, 2017 Ford Super Duty looking marvelously majestic as it struts about both on- and off-road.

This footage was captured around Denver, Colorado, which makes for some picturesque backdrops. The all-new Ford Super Duty represents a very significant update, with the truck line now sporting a fully-boxed frame made of 95-percent high-strength steel. Like the F-150, much of the body is now made of a military-grade aluminum alloy to cut down on weight, although some of the pounds taken off by the switch have been packed back on in other areas; the drivetrain, suspension, and towing hardware are all more sturdy than on the outgoing model line.

Beside giving us another awesome look at the new Ford Super Duty, Ford’s just-released drone footage also gives the automaker an excuse to talk about drone technology and its place in the Smart Mobility initiative. The automaker this year is collaborating with Chinese tech company and drone-maker DJI to hold the “DJI Developer Challenge.” The goal of the challenge is to generate a solution for drone-to-vehicle communications via Ford SYNC AppLink or OpenXC and DJI’s software development kit.

Ford is hoping to enable the UN to use drones paired with vehicles like the new Ford Super Duty in order to survey otherwise-inaccessible emergency zones.