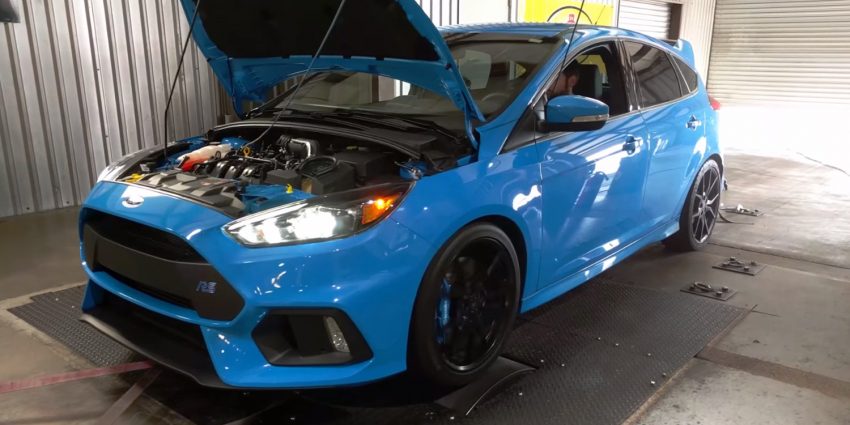 With big names like Cobb Tuning and Mountune Performance already on the scene, it’s hard to imagine anyone else competing in the performance-upgrade market for Ford’s new Focus RS hot hatch.

If there’s one company that can do it, it’s likely Hennessey Performance Engineering.

Hennessey is, in fact, getting started on crafting some upgrades for the Mk III Ford Focus RS, having just taken that important first step of performing their own, independent dynamometer test to obtain base-line horsepower and torque figures. Hennessey does this for each and every production car that they modify, and for good reason: automakers quite often overstate or understate their own figures for the purpose of selling cars or keeping insurance premiums down, respectively.

Take, for instance, this Ford Focus RS. The average of Hennessey’s three dyno runs is about 302 horsepower. Assuming the manufacturer’s stated 350-crank-horsepower figure is accurate, this would mean a 13.7% drivetrain loss. Now assuming the same rate of loss with regard to torque, the average tested figure of 321 lb-ft would mean a crankshaft torque of 372 lb-ft – well above the 350 lb-ft claimed by Ford.

Be sure to watch Hennessey’s dyno test of the new Ford Focus RS in the video above.