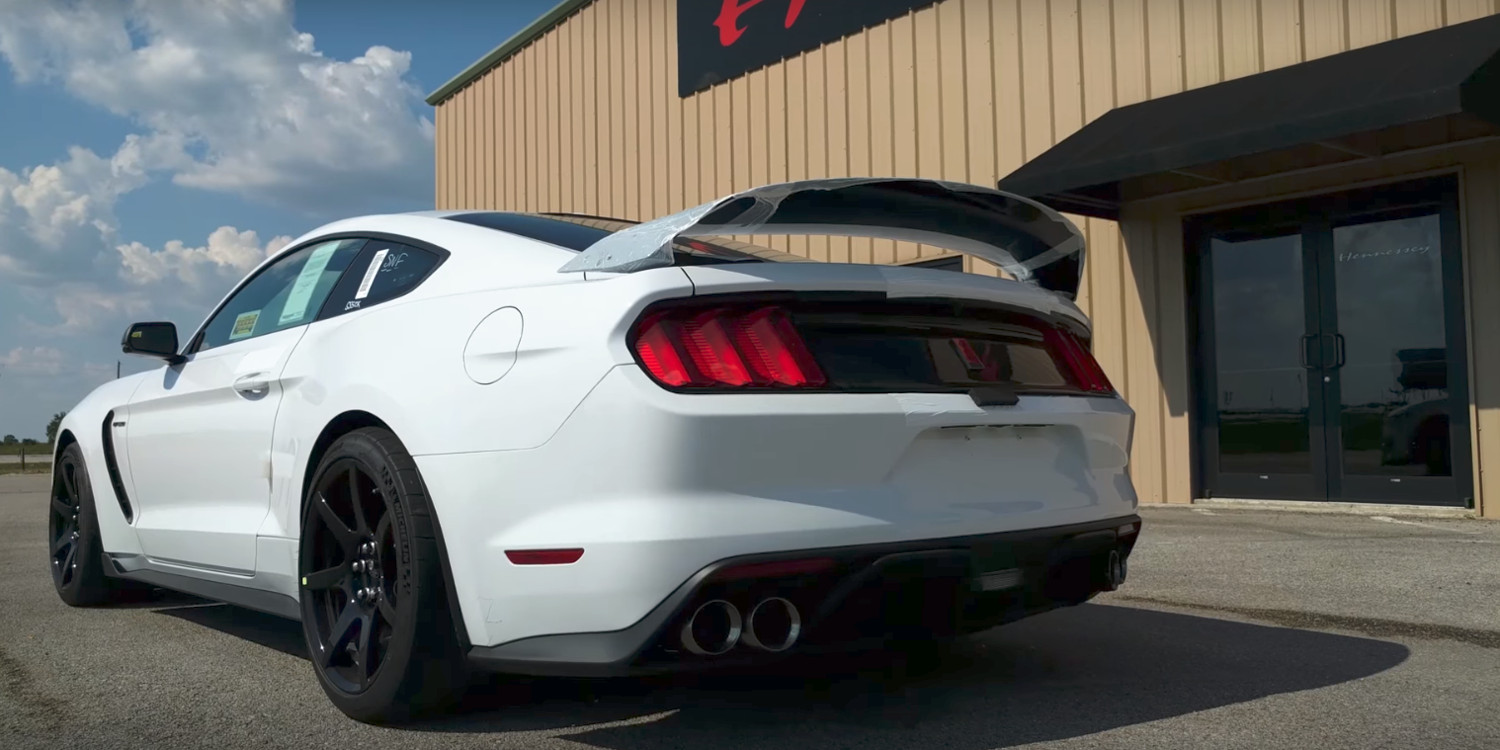 Hennessey Performance Engineering has already come out with a pair of upgrade packages for the Ford Shelby GT350 Mustang, encompassing an “HPE575” naturally-aspirated upgrade kit that bumps peak power output up from its stock 526 HP to 575, and an “HPE800” kit with a supercharger, boosting power to – you guessed it – 800 HP.

But before Hennessey started to offer any of this, they conducted their own, independent testing of the stock car. Now, they’re doing it again with the even-higher-performance Shelby GT350R.

Above, you can watch (and hear) Hennessey wring a bone-stock Shelby GT350R Mustang out all the way to 169 mph from a stop. The firm figures that’s about the upper limit of what the track-oriented pony car can do, since the engine hits the rev-limiter at about that speed in fifth gear, and sixth is “just way too tall” for it to keep pulling.

Of course, being essentially identical to the lesser GT350 save for some additional weight-saving measures and more downforce, the Shelby GT350R doesn’t seem like it ought to perform much differently than its little brother. But in fact, testing conducted by Car and Driver shows that the Shelby GT350R beats its sibling by 0.4 seconds in the sprint to 60, 0.5 seconds in the sprint to 100, and a whole 1.3 seconds in reaching 150 mph.

We can’t wait to see what Hennessey does with the most track-capable Mustang ever conceived.