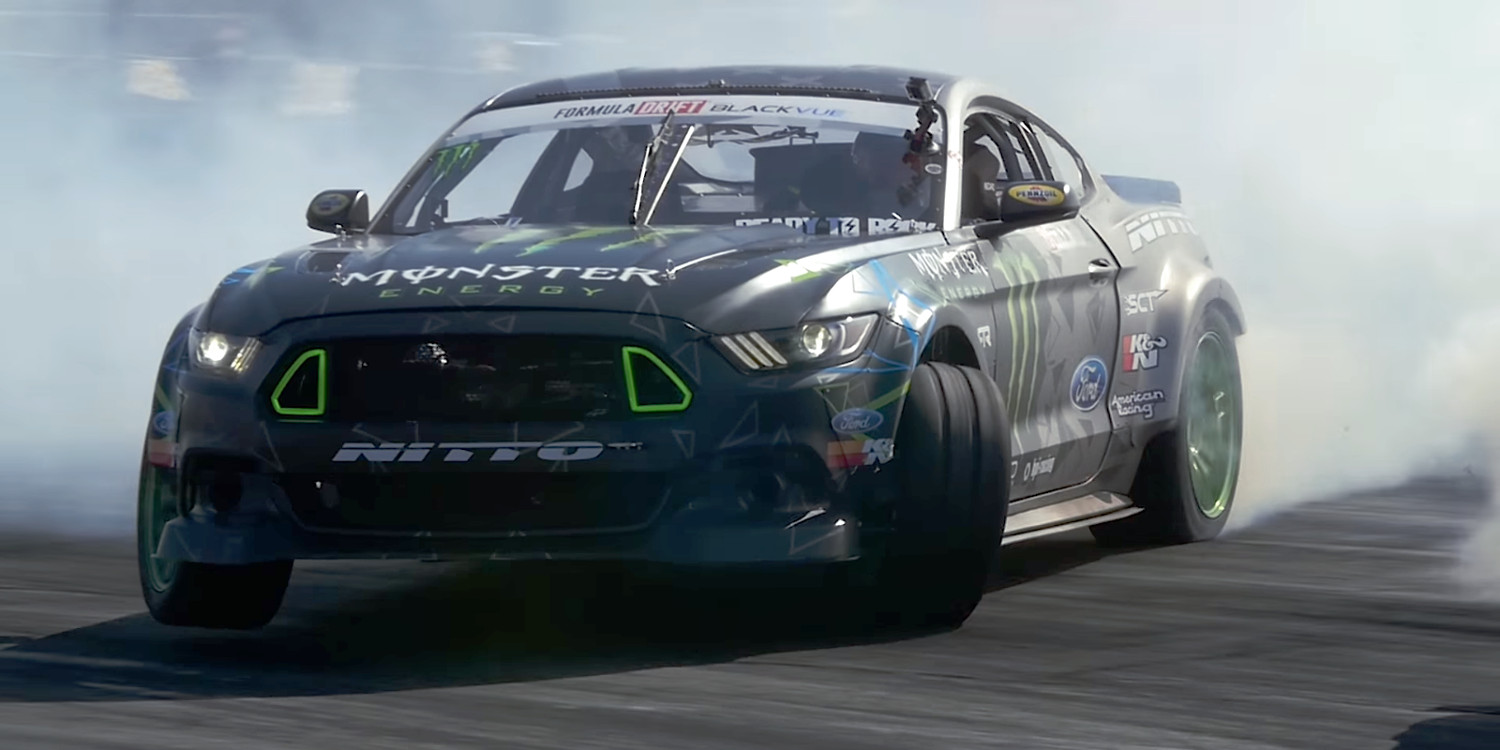 When the Ford Mustang entered into its current, sixth generation for the 2015 model year, one major topic of discussion was its new, independent rear suspension.

For the first time in 50 years (not counting the 1999-2004 SVT Cobra), Ford’s beloved pony car features independent wheel motion at the back end, with all the handling benefits that come with it – albeit with some weight penalty.

As it turns out, the Ford Mustang’s new integral link rear suspension has been a boon not only to its performance in street driving and road racing, but in the context of professional drifting, as well. In this video from Ford Performance, we hear from Vaughn Gittin Jr. – a celebrated Formula D competitor and frequent visitor to the winner’s circle – as he explains how the independent rear suspension on his Ford Mustang RTR drift car has helped him to rack up points in the championship.

Ford’s integral link rear suspension is a multi-link-type setup which employs separate suspension links for lateral and longitudinal loads. Camber is controlled by a single link at the top of the knuckle, and by the lower control arm at the bottom. Axle windup from acceleration and braking is managed separately by the so-called integral link.

To see the Ford Mustang RTR’s road-car-based independent rear suspension in action, check out the video above.