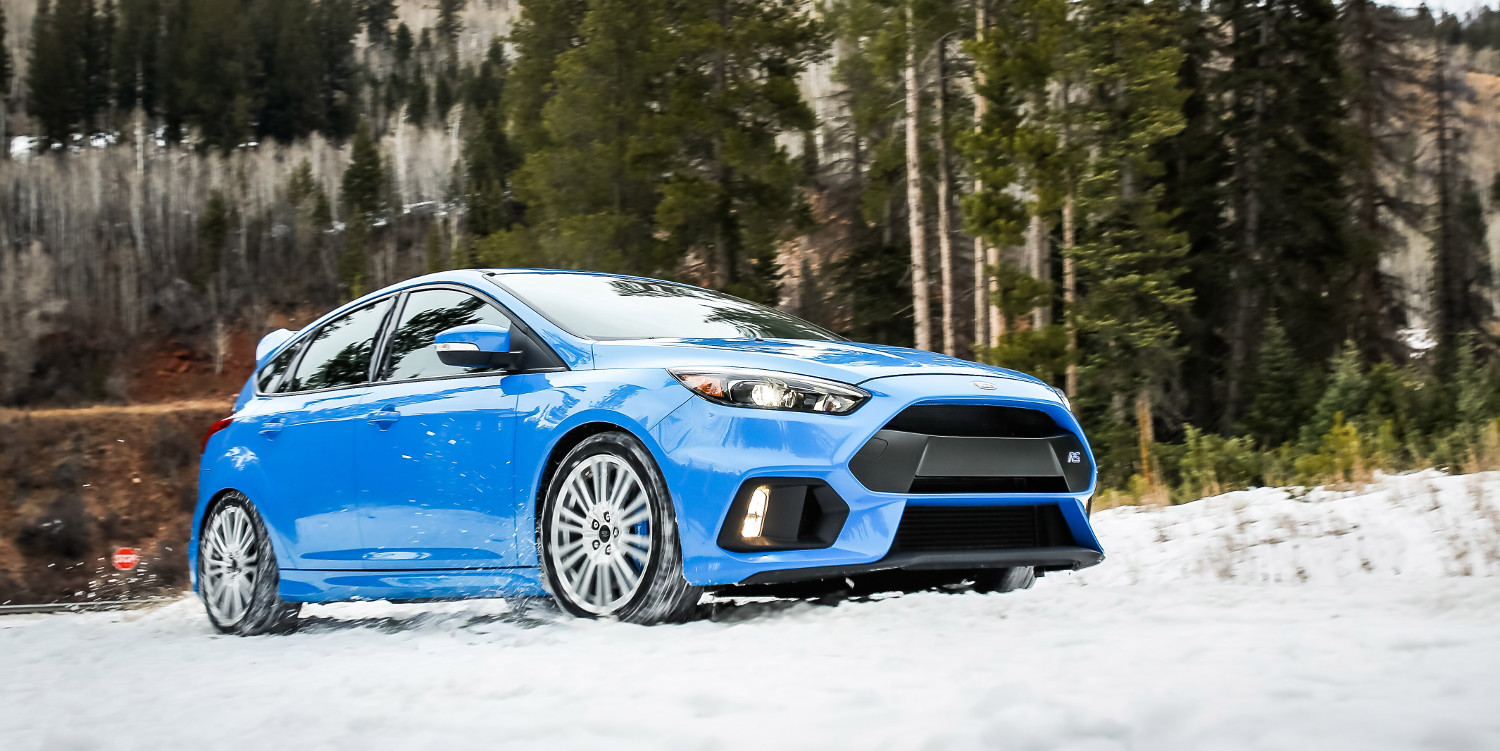 Jeremy Clarkson – former host of the BBC’s Top Gear and beloved automotive journalist – keeps a regular column in The Sunday Times where he mostly gives his take on the latest machines to come out of Detroit, Wolfsburg, Seoul, and wherever else. In his latest piece, published online earlier this week, Mr. Clarkson delivers a list of his ten favorite new (and “new-ish”) cars on the market today.

As it turns out, Clarkson has rather an affinity for Ford at the moment. Two current production cars from the Blue Oval made his list: the 2016 Ford Focus RS, and the 2016 Ford Mustang GT.

About the former, Mr. Clarkson writes that “you know after about 100 yards” just how special a car the new Ford Focus RS is. He likens the hot hatch to the Nissan GT-R, in that its torque-vectoring AWD system is far more clever than most. It’s true, too; dismantle the rear portion of the RS’ drivetrain and you’ll find a sophisticated arrangement of electronically-controlled wet clutches that can send up to 100% of the incoming torque to either side.

Conversely, the Ford Mustang GT follows a far simpler formula: power + looks = desirability. Mr. Clarkson disagrees with the notion that America’s iconic pony car is a “sportscar,” writing: “It just isn’t. It’s too heavy.” Instead, he says, the Mustang is a muscle car, and that’s just fine by him. We suspect that if the Ford Mustang had been sold in the UK all along, Clarkson wouldn’t find it so appealing that it would make the list, but for now, it’s new, novel, and “less [expensive] than… a Volkswagen Golf GTI.”

To see Jeremy Clarkson’s full comments on his favorite current Ford models, plus the eight other cars that made the list, head on over to The Sunday Times.