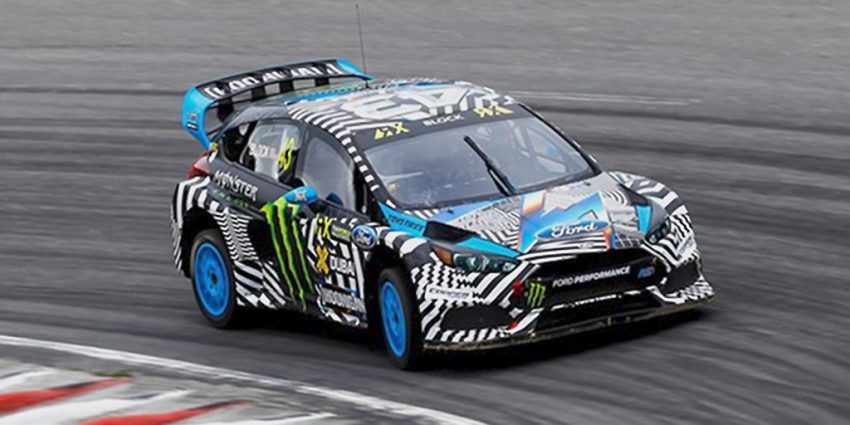 Professional rallycross driver and YouTube celebrity Ken Block might be working on the next installment of his insanely-popular “Gymkhana” video series, with one Instagram user uploading a photo of Block on top of a car – likely the competition-spec Ford Focus RS RX – on a bridge in Buffalo, New York.

Of course, it’s impossible to know at this point whether Gymkhana 9 is indeed what Ken Block was shooting for; as website Carscoops notes, it’s certainly conceivable that the driver was instead shooting something for one of his sponsors, like Monster Energy or Toyo Tires. That said, we’re keeping hope alive in our own hearts.

Gymkhana 8 pitted Ken Block and his old Ford Fiesta ST RX43 against the streets of Dubai, UAE, where he ran circles around a Raptor balancing on two wheels, won a drag race against a fleet of supercars, and performed other insane feats of daring. It’s safe to say that the driver has set the bar pretty high for Gymkhana 9.

Check back for more as additional intel becomes available.