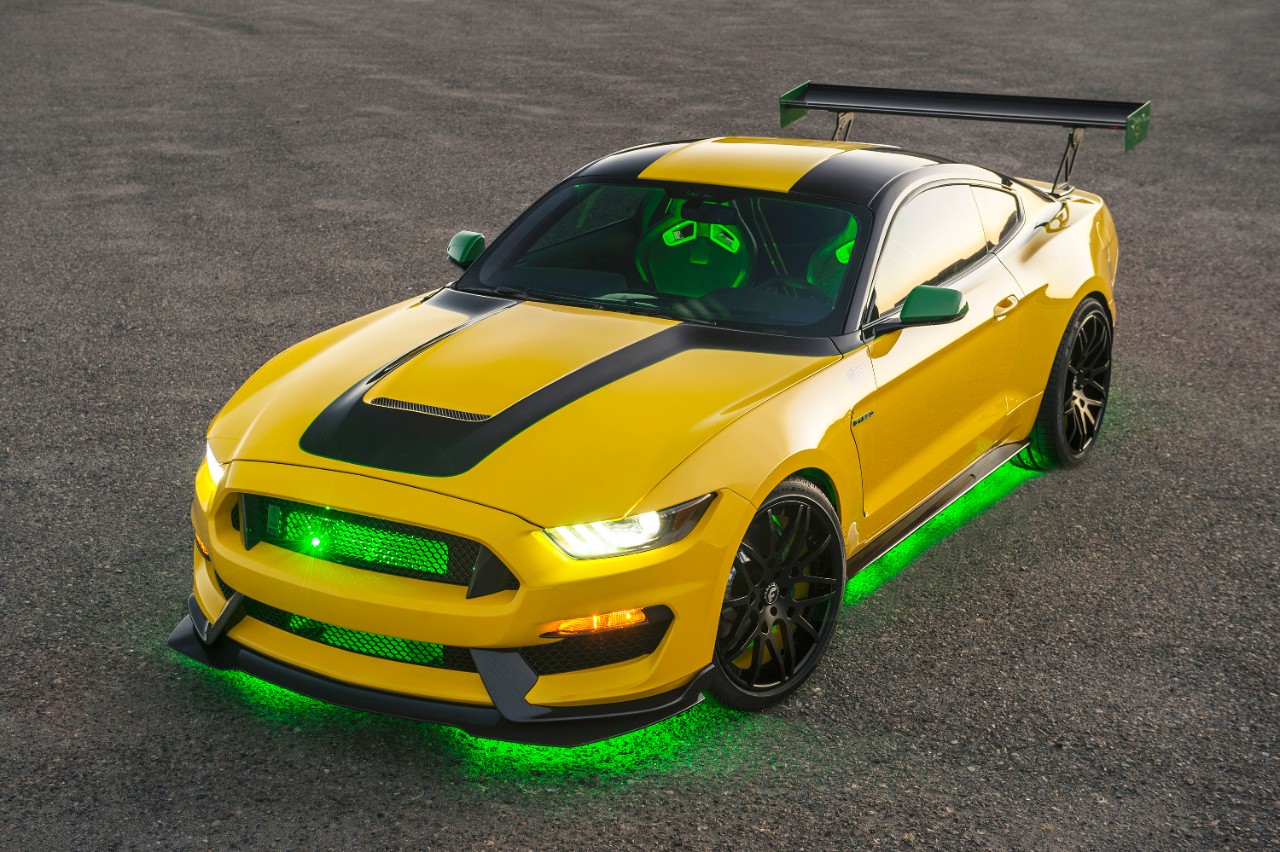 That’s how much the automaker’s special, one-of-one “Ole Yeller” Shelby GT350 Mustang went for at auction. The car, revealed several weeks ago, was conceived and built to pay homage to a famous P-51D Mustang fighter plane with that nickname. The plane, like the car, is yellow with black and green accents, and capable of some truly riveting displays of speed and agility.

This year marked the ninth in a row that Ford Motor Company supported the EAA’s fundraising efforts by donating an aeronautically-themed car. As Motor Authority reports, design on the “Ole Yeller” Shelby GT350 was led by Ford Designers Melvin Betancourt and Nicole Rush, with MAD Industries performing many of the modifications.

The car features the Shelby GT350 Mustang’s familiar 5.2-liter Voodoo V8, capable of 526 horsepower and a, 8,250 RPM redline. A massive rear wing, Forgiato wheels, and green lighting effects stand out as among some of the more attention-grabbing features of this one-off custom car.

Among the organizations to benefit from the car’s sale is the EEA Young Eagles – a program which provides an introductory aviation education to children from 8 to 17.