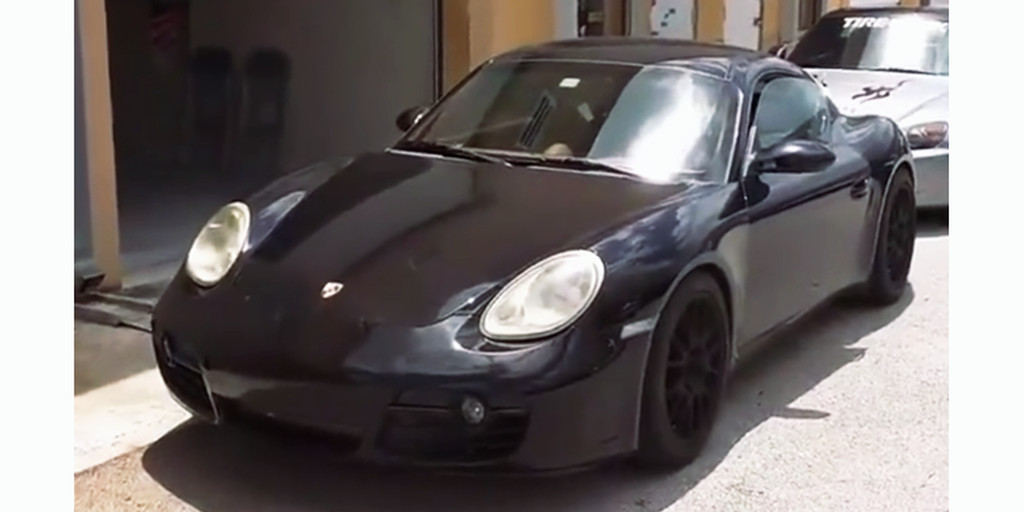 When it comes to engine swaps on a car, we’re used to the same tired, time-tested format being employed again and again: 1)pull motor, and 2)install Chevy small-block. While certainly not everyone’s cup of tea, this Porsche Cayman is, by contrast, at least a novel rejection of the usual.

This week, Apex Alignment in Miami, Florida shared a video on Facebook of a Porsche Cayman S with what appears to be the “Road Runner” V8 from a Ford Mustang Boss 302 tucked in behind the seats. Being a mid-engine car, we’d imagine that the German coupe was less-than-pleasant to work with when shoehorning-in the big 5.0-liter Ford Mustang mill; whoever built this car rather deserves a round of applause (the car was originally powered by a 3.4-liter flat-6).

Owing largely to the compactness of its design, the Chevrolet small-block seems to be the engine-of-choice for swaps like this one. It’s about time the Ford Mustang’s “Coyote” V8 and its higher-output “Road Runner” sibling get their due.