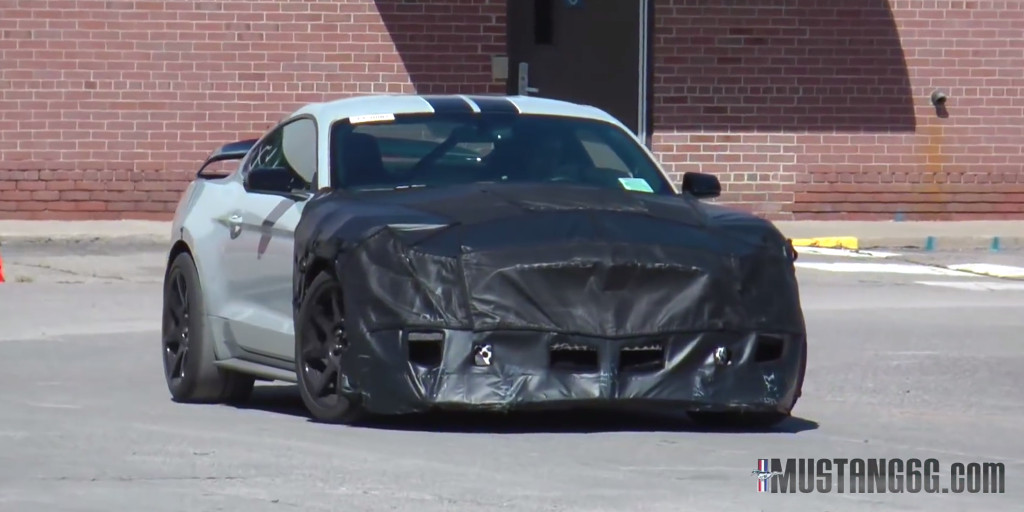 If you’ve been paying any attention to the latest news and rumors, you know that earlier in the month, spy photographers managed to capture what many believe to be a prototype for a forthcoming Ford Shelby GT500 Mustang.

Now, a video of the very same prototype has surfaced, and it gives us our first chance to listen to the alleged Shelby GT500’s engine note. You can watch that above, courtesy of the folks at Mustang6G. You might want to use headphones; this prototype’s deep, bass-heavy bellow can be rather hard to hear on some speakers.

It would be a mistake to let ourselves speculate too much on what this alleged Shelby GT500 prototype’s exhaust note tells us about what lurks under the hood. However, we can say with some confidence that it sounds characteristic of a cross-plane crank V8, casting doubt on whether Ford and Shelby would fit it with the GT350’s flat-crank Voodoo V8. What form of forced-induction might be in-use here is impossible to tell from sound alone.

To hear the alleged Ford Shelby GT500 prototype for yourself, be sure to watch the video above.