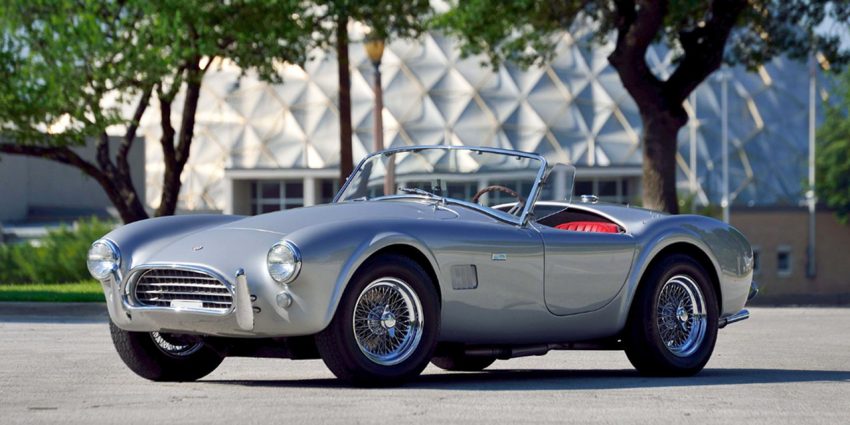 This month, a very rare, original, 1965 Shelby Cobra will be joining the scores of other classic motoring machines at Mecum’s Monterey auction event, held concurrent with the 2016 Pebble Beach Concours d’Elegance from August 18th through the 20th.

What makes this Shelby Cobra so rare? It’s one of fewer than 20 small-block V8 Cobras built with a 3-speed C4 automatic transmission.

This slushbox-equipped Shelby Cobra wears the number CSX2549, and it was initially invoiced to Reynolds Motor Company in Syracuse, New York in January of 1965. After Reynolds failed to find a buyer for the car, it was returned to Shelby American for credit, before being acquired by Marv Tonkin Ford of Portland, Oregon in 1967, and finally sold to a private owner – Jim Farmer of Lake Oswego – in 1968. It passed through several more owners, even being painted over in black at some point after 1978, before being repainted its original shade of silver and ending up in the Don Davis collection.

Shelby Cobra No. CSX2549 is powered by a high-output, 289-cubic-inch V8, and it has the desirable red leather interior. Mecum Auctions estimates that the car will sell for between $1 and $1.25 million when it crosses the block later this month.

For more photos and info, head on over to the original Mecum Auctions listing.