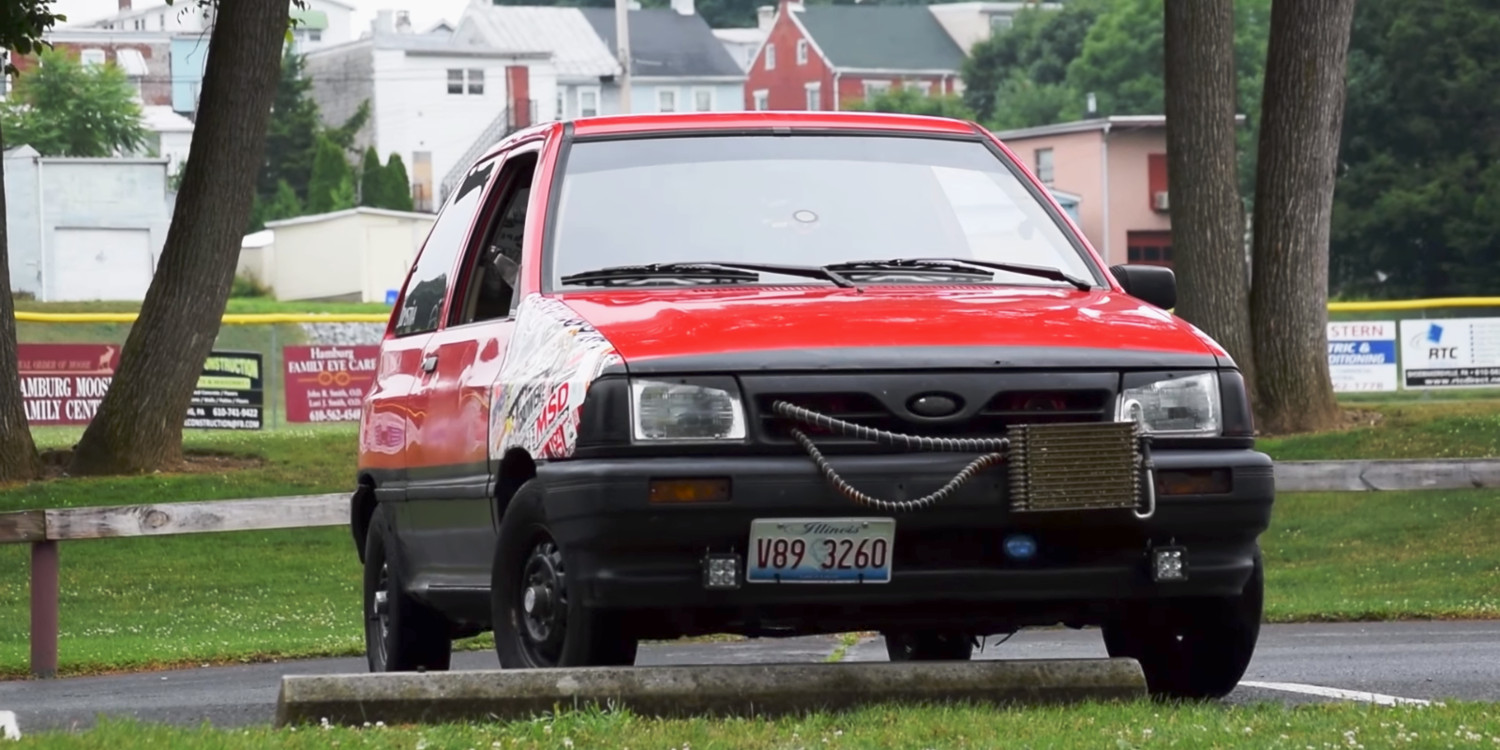 The Ford Festiva tends to be a polarizing little car.

On the one side, there are those who see the Korean-built econohatch as a tiny, cheap, poorly-built car targeted at the financially-deprived, with few virtues worth embracing other than its minimal impact on one’s pocketbook. On the other is a surprisingly fervent fan base in love with the hatchback’s astonishingly low curb weight, cheap running costs, and range of options for modification.

The latest episode of Regular Car Reviews, in which Mr. Regular Cars evaluates a 1991 Ford Festiva, might just speak to both camps.

The Ford Festiva, which first went on sale in the United States in late-1987, was a Mazda-designed subcompact built under license by Kia Motors. It featured a SOHC 1.3-liter inline-four producing an anemic 70 horsepower or so, and together with a curb weight in the neighborhood of 1,700 pounds, highway fuel economy was rated close to 40 mpg.

That was in 1988, with the standard 4-speed (or optional 5-speed) manual transmission. A 3-speed automatic came along for the 1989 model year, reducing the highway fuel economy rating to just under 30 mpg. For 1990, the Ford Festiva ditched its carburetor in favor of fuel-injection, and the 5-speed manual became the new standard; the 4-speed was dropped, while the automatic remained optional.

In the strictest sense, the Ford Festiva is what one might call a “bad car.” It boasted basic equipment, lackluster build quality, and certainly didn’t aspire to exceed the expectations conjured by its paltry MSRP. That said, the Festiva is inconceivably light by today’s standards, and it’s proven robust enough that running examples are still somewhat plentiful today. Both the “hate it” and “love it” camps rather have their merits.

Learn more about the 1991 Ford Festiva in the latest episode of Regular Car Reviews above.