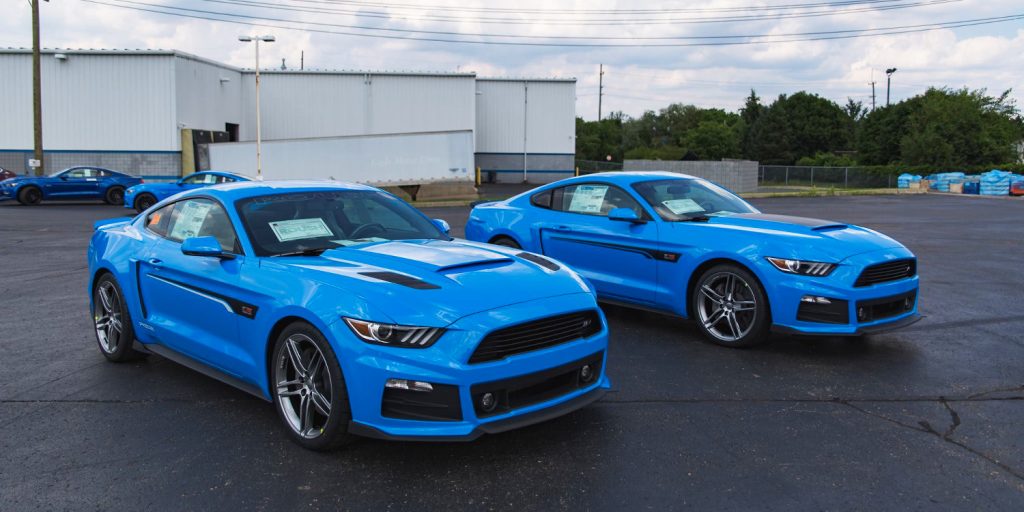 Tuning firm Roush Performance has tricked out its first couple of “Grabber Blue” Ford Mustang examples, and we have to wonder if they aren’t among the most vibrant and wild pony cars we’ve ever laid eyes on.

Grabber Blue is perhaps one of the most iconic colors for the Ford Mustang, and it’s just been reintroduced for the 2017 model-year car. The folks at Roush Performance, excited to be working with the attention-grabbing hue, uploaded a gallery of images to the company’s official Facebook page to ask fans what they think.

One of these pony cars is Roush’s “Stage 1” Ford Mustang, based on the EcoBoost-powered pony car. The package starts at $8,000 on top of the donor car’s price tag, and features a breadth of aerodynamic upgrades, as well as a Roush quad-tip exhaust system and plenty of aesthetic upgrades. The other is a “Stage 2” Ford Mustang, which uses the V8-propelled GT model as its base. That package starts at $11,095, and comes with many of the same standard features, plus 20-inch Quicksilver wheels wrapped in Cooper RS3 performance tires.

What do you think of the new Grabber Blue Ford Mustang models from Roush Performance? Are they blue-hot, or do they just make you blue?