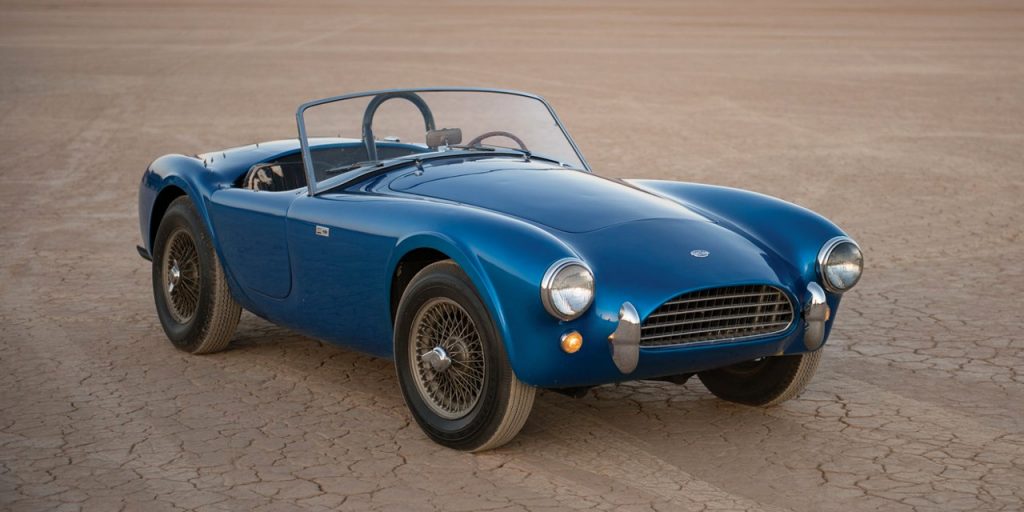 Who says that only Ferraris can reach high into the octuple digits at auction?

Shelby Cobra #CSX2000 – the very first Cobra ever built – sold at RM Sotheby’s Monterey auction over the past weekend, held concurrent with the world-famous Pebble Beach Concours d’Elegance. The final price? A cool $13.8 million, reports The Drive, including auction fees.

Granted, it’s not exactly hard to fathom how this blue, 1962 Shelby Cobra commanded such a premium; #CSX2000 was looked after by the late Carroll Shelby himself from the very beginning, right up until his passing in 2012. After that, it became part of the Carroll Hall Shelby Trust, before landing in the lap of its new owner over the weekend.

This Shelby Cobra’s near-fourteen-million winning bid makes it far and away the most expensive American car ever sold at auction. According to The Drive, it snatched that title away from a 1968 Ford GT40 Gulf/Mirage Lightweight, which once-upon-a-time won Spa de Francorchamps in the hands of Jackie Ickx, and was used in the 1971 Steve McQueen film Le Mans. That car, sold in 2012, had held the record with a paltry $11 million price tag.

We have a hard time imagining this new auction record falling any time soon. #CSX2000 is more than just a car; it’s the very first example of the car that put the late, great Carroll Shelby on the map as a world-class performance guru, and his pants occupied the drivers seat more than probably anyone else’s.