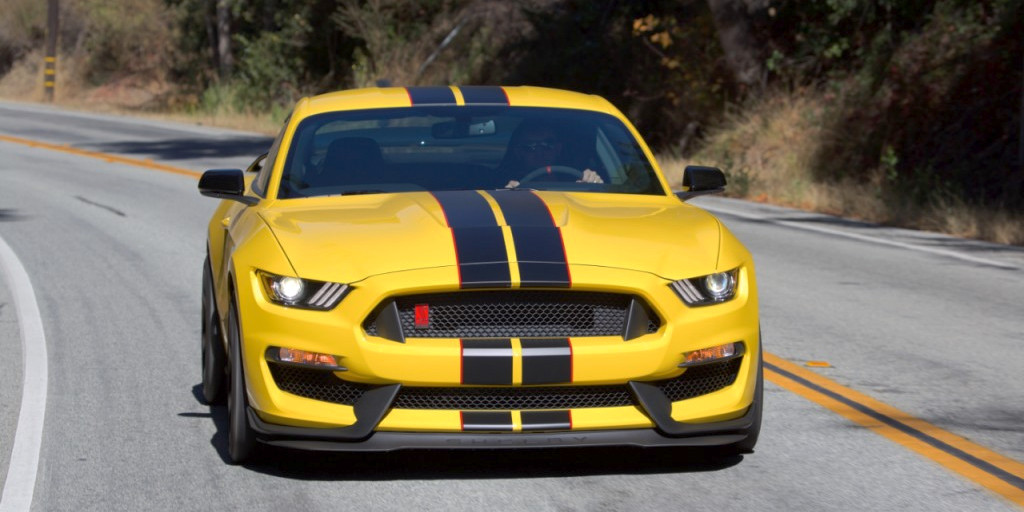 Taking any car out on the racetrack for a day brings with it certain terrifying risks. What does one do if their car catches fire at speed? What if the brake fluid boils and the pedal falls to the floor? How about if the handbrake cable snaps?

Today, we read the story of a guy who experienced all of the above in his 2016 Shelby GT350 Mustang. Jalopnik reports that “HiPo Joe” Charles was driving at a track event at Roebling Road Raceway in Georgia back in April when a snap ring in the oil cooler thermostat let go, forcing out a plug which sent oil spray everywhere under the bonnet. In all likelihood, some of that oil landed on the exhaust, and reached a high enough temperature that it combusted, turning his high-performance Ford machine into a fast-traveling fireball.

So, you’re hurtling around a race course at 100 miles-per-hour in a Shelby GT350 when you spot a fireball in your rearview mirror. What do you do? You hit the brakes, of course.

“HiPo Joe” did just that, quickly realizing that the pedal had been rendered utterly ineffective as the brake fluid had boiled. Next, he tried the handbrake, slowly pulling it upward so as not to suddenly break traction. It started to work, he says, until it reached about 20% of its full travel; at that point, the cable snapped.

But Joe had one trick left to safely bring his flaming Shelby GT350 to a stop: downshifting. With no other clear alternative, he put the shift lever into first and dumped the clutch. Thankfully, it worked, slowing the car to a stop right near a corner station, where corner workers sprang into action with fire extinguishers to get the barbecued Mustang put-out.

Joe’s story is obviously a sad one, but things could have gone much, much worse. As it is, the car was written-off, but Joe never felt the heat of the fire, and he emerged from the ordeal without a scratch. On top of that, he says that “Ford and [his] local dealer Prater Ford have been very good to [him],” agreeing to replace the burnt-up Shelby GT350 Mustang with a 2017 GT350R.

If there’s a moral to this story, it’s this: driving on the racetrack is always a risk, and it pays to be ever-vigilant and ready-to-act. That, and should you ever lose a car to a track day event, publicize the heck out of the story; maybe you’ll get a free car out of it.

Check out the “HiPo Joe” Facebook page for the full story with photographs taken during and after the ordeal.