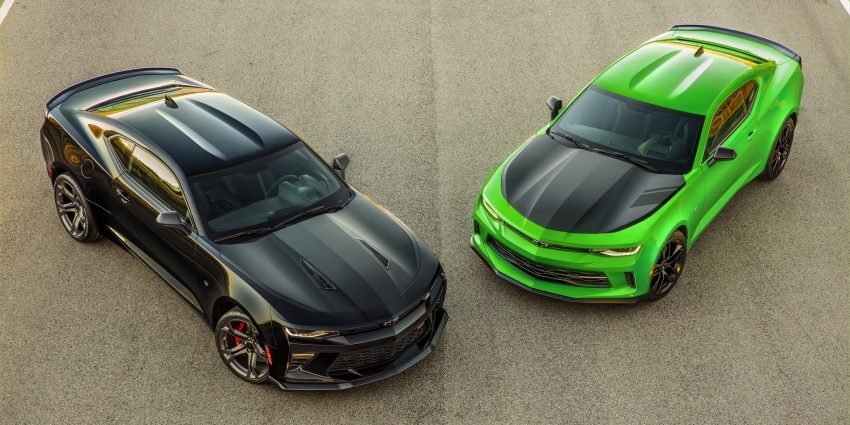 Chevrolet is trying to undermine the success of the track-oriented Ford Shelby GT350 Mustang, announcing today that the new 1LE performance package for the V8-powered Camaro SS costs just $6,500. Tacked onto the (2016) SS model’s base MSRP, the car could come out to a total of just $44,400, according to our sister site: GM Authority.

This significantly undercuts the price of the Shelby GT350 Mustang, which bases at $55,595 before destination.

The Chevrolet Camaro SS 1LE will be powered by the same 455-horsepower LT1 V8 as the standard SS, albeit with the added feature of an engine-oil cooler. Differential and transmission coolers will also be included, along with Magnetic Ride Control and a segment-exclusive, electronic limited-slip differential (the Shelby GT350 makes use of a Torsen-type diff). Brakes will be upgraded, as well, and the exterior will feature a unique, three-piece rear spoiler.

Even while being at a deficit with regard to power, the 2017 Chevrolet SS 1LE could out-pace the Shelby GT350 Mustang on the track by virtue of its (presumably) lower curb weight. Of course, if it doesn’t, it still represents an arguably superior value proposition. Joining the SS 1LE on the market will be a similar 1LE package for the V6-powered Camaro, at a cost of just $4,500 (plus the LT’s $26,305 base MSRP before destination). That model will acquire the same cooling package, a mechanical limited-slip differential, and trickle-down suspension components from the SS, among other things.