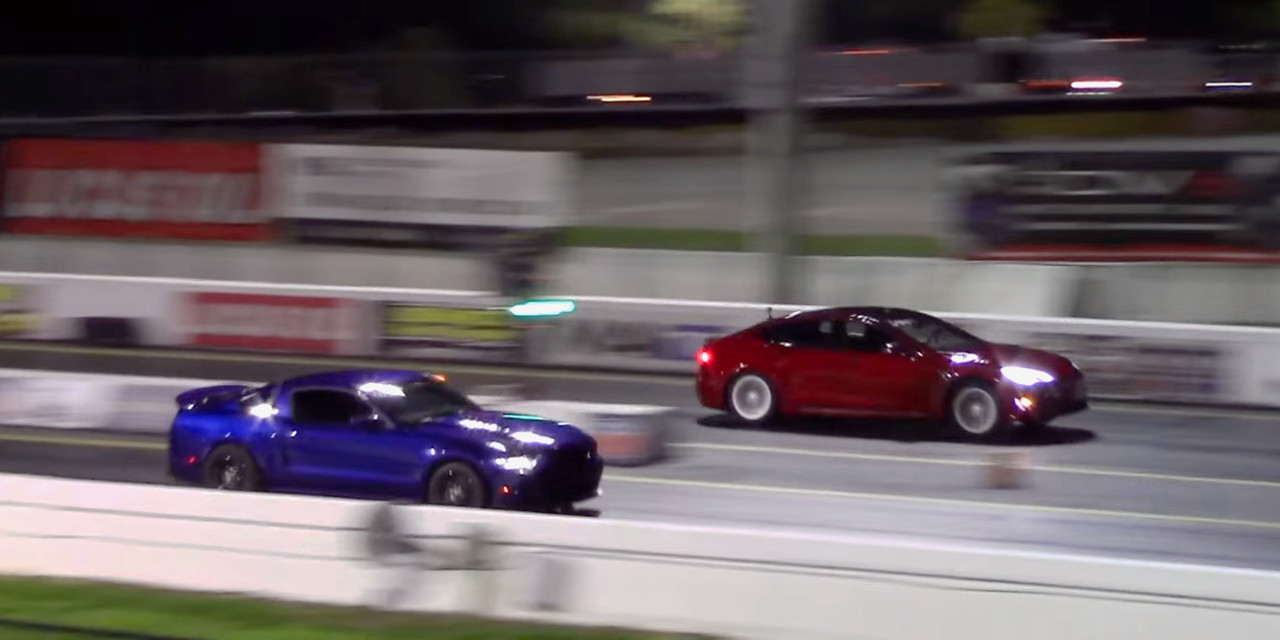 If there’s any replacement for displacement, it might be electricity.

Case-in-point: in the above video from DragTimes, a Tesla Model S P90D walks away from three of the biggest American performance models currently in production, including an apparently-modified Ford Mustang.

Why “apparently modified?” A bone-stock example of the previous-generation Ford Mustang GT ought to be good for a quarter-mile time in the 13-and-a-bit seconds range, where the pony car in this video produces an 11.8-second run. DragTimes doesn’t offer any technical details about the car, but it doesn’t look like a GT500 or a Cobra Jet to our eyes.

Regardless, whatever equipment the Ford Mustang was running in this video, it wasn’t enough to allow it to keep pace with the latest Tesla Model S P90D, which DragTimes says was updated to include Tesla Motors’ so-called “Ludicrous Mode.” The upgrade, announced in July of last year, uses an advanced battery pack and contactor, an uprated pack fuse, and new software to unleash extra power from the car’s two electric motors.