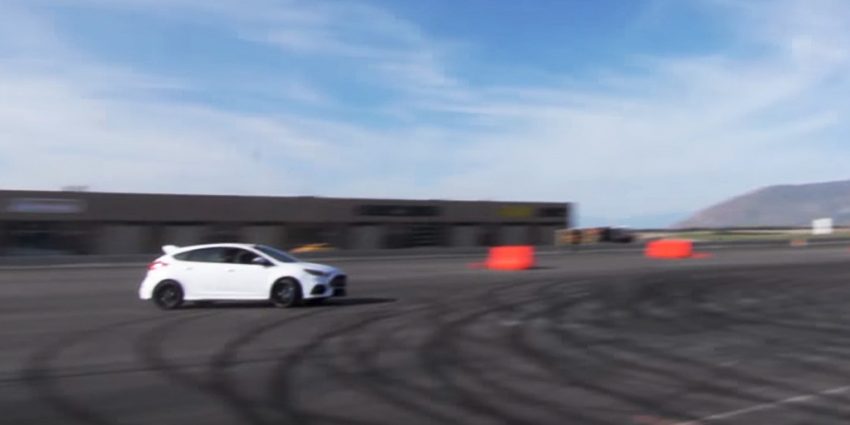 If we lived in a just and fair world, every man, woman, and child would have their chance behind the wheel of the 2016 Ford Focus RS hot hatch to try out its now-infamous “Drift” driving mode. Until that day arrives, mot of us will have to settle for experiencing it vicariously through someone else.

In this video, it’s the turn of YouTuber “That Dude In Blue.” Ford Performance has featured his videos before – for instance, when they invited him out to participate in a day-long “Octane Academy” performance driving class.

In addition to allowing “That Dude In Blue” to sample the Focus RS’ “Drift” mode, Ford Performance also lets him have a go with the hot hatch’s Launch Control system. It works by limiting the engine to an ideal speed while the clutch and throttle are both depressed, so that all the driver need do is release the clutch to accelerate off-the-line with minimal wheel-spin. In conjunction with a clever all-wheel drive system and a six-speed manual transmission, Launch Control allows for an impressive 4.7-second 0-to-60 time.

You can watch “That Dude In Blue” try out both of these fun Ford Focus RS features in the video above.