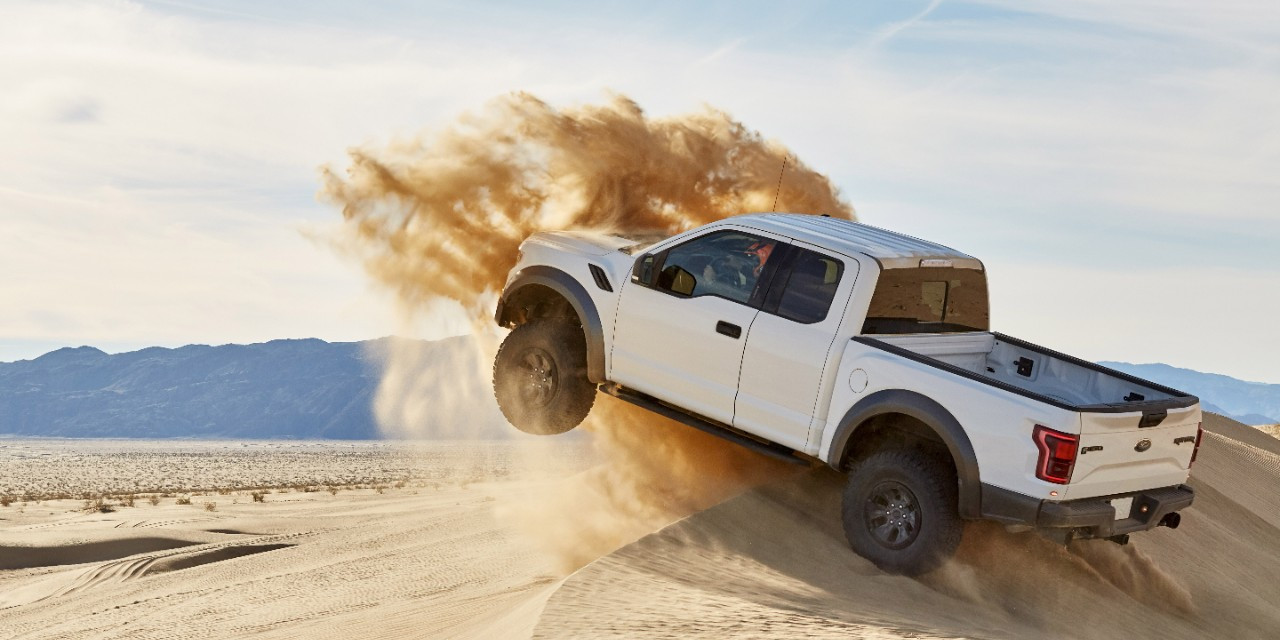 The all-new, 2017 Ford F-150 Raptor supertruck will boast a brand-new set of dampers that promise more performance and poise than those found on previous models.

The shock absorbers were developed jointly by Ford and FOX, specifically with the new F-150 Raptor in mind. They’re 3.0-inch internal-bypass units that allow for 13.0 inches of suspension travel up front and 13.9 inches in the back, meaning lots of ground clearance and optimal approach and departure angles. Inside each shock, Ford says that there are nine distinct zones to control damping based on wheel travel, with the last zone acting as a hydraulic bump-stop to prevent bottoming-out.

With the increased volume of the 2017 F-150 Raptor’s new, larger-diameter dampers, the units contain 44% more fluid volume than the 2.5-inch-diameter dampers on the last model – an attribute which lends itself to improved heat-dissipation and, therefore, fade-resistance. But lest we come away thinking that the new shocks sacrifice all else in the name of off-road performance, the automaker also claims that a new base valve piston within each damper allows for rather low fluid pressure, meaning that the new F-150 Raptor ought to be perfectly comfortable on-road, as well.

You know, for an insane, capable off-road monster.