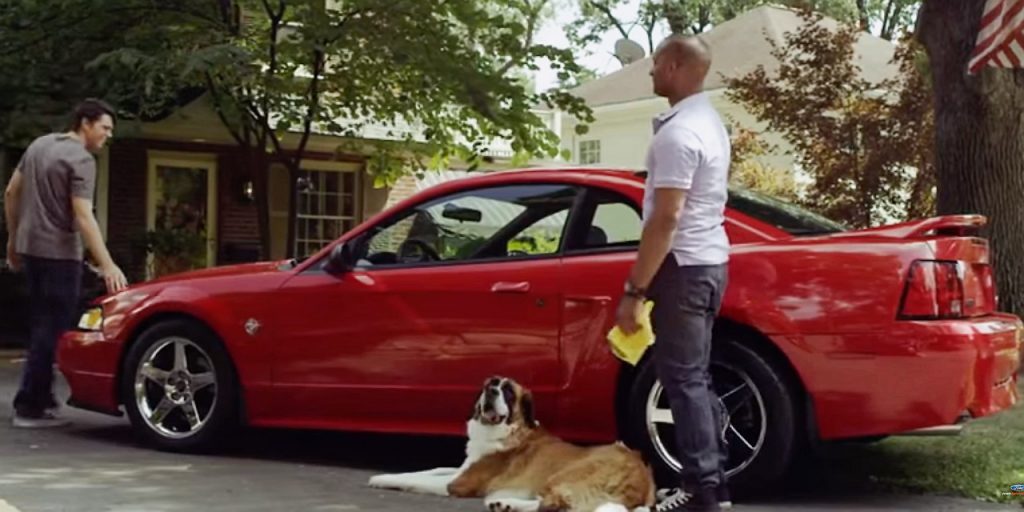 Today is National Dog Day – a holiday created to celebrate humankind’s love for man’s best friend, no matter the breed. We thought we’d pay homage to the holiday by conjuring up some primo dog-related Ford content, like that one video of Vaughn Gittin Jr. thrashing a Ford Fiesta ST with his canine onboard, but all we managed to come up with is this old commercial for the 2015 Ford Mustang.

In the ad, the pet’s owner is in the process of selling a miraculously-clean SN-95 Ford Mustang. The dog is inconsolable. “You know, sometimes I think this dog loves this car more than me,” he tells the buyer. But despite his dog’s obviously-grim emotional state, not to mention his own misty-eyed reservations, the owner goes through with the sale anyway.

As you can imagine, this doesn’t sit well with the dog, and he spends his next few days in a funk. Balls go un-fetched; butts go un-sniffed. An overturned food bowl clues the viewer in on the dog’s feelings toward life at that moment; his world – like his bowl – has been turned upside-down.

After several failed attempts to stir the dog from his malaise, his owner finally resorts to the only measure sure to have the desired positive effect, buying a brand-new, 2015 Ford Mustang. It works, and the dog is instantly brought out of his depression as he and his owner go for a blissful drive through the countryside.

Wouldn’t it be grand if a new pony car could solve all your pet’s maladies?

Happy National Dog Day from Ford Authority. And remember: if your dog’s ever stuck in a funk and nothing seems to revive his joie de vivre, you might try a shiny new Ford Mustang.