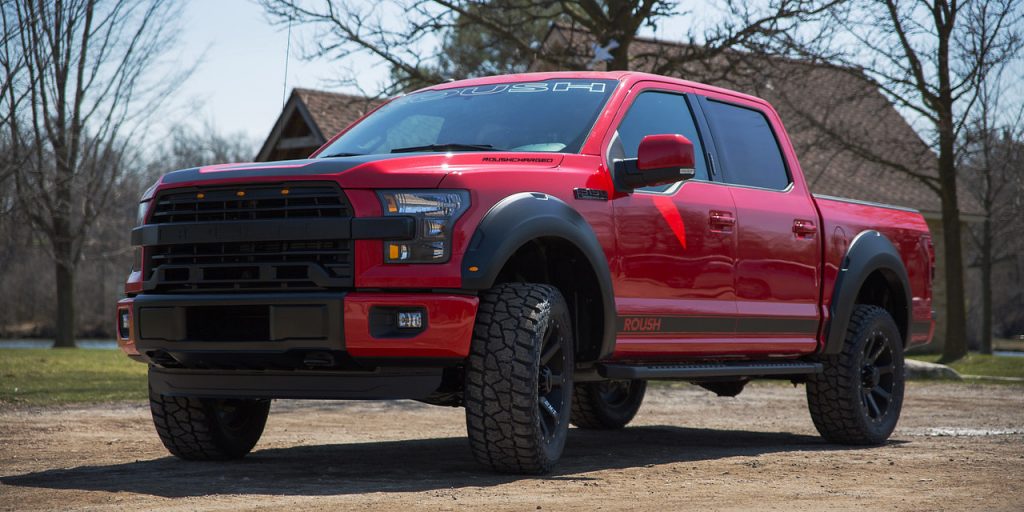 It should be no secret by now that pickup trucks are by and large the most accessorized and modified vehicle segment in America. In this country, driving a pickup truck is an extension of personality just as much as it is an everyday tool used to get whatever needs to get done. As the years have gone by, pickup trucks – led by Ford Motor Company – have gotten bigger, better and bossier. All of this, despite hurdles such as CAFE regulations, EPA emissions requirements, and the like. As a result, we are continuing to see a golden age for pickup trucks.

As a result of it all, the aftermarket has become a strong benefactor. But rising above the run-of-the-mill tuning shops and import aftermarket parts suppliers, is Roush Performance. And don’t call it a “tuning shop.” This is because Roush (Industries) carries expertise in everything from automotive, to aerospace, to defense, and holds a highly diverse business model with a global footprint that started here in America. Roush’s vehicle engineering unit participates in nearly every facet of vehicle development, even working with automakers directly. As it turns out, Ford Motor Company and Roush have an especially close relationship, and thus the Roush Performance brand has become synonymous with incredibly modified Ford vehicles on steroids. Warranty included.

To sample just what kind of product Roush Performance offers, we spent a weekend with the most wicked pickup truck we have ever driven – a 2016 Roush F-150 SC. An F-150 Crew Cab that’s been morphed into a 600 horsepower supercharged V8 super truck. With it comes sensations experienced from driving that are like nothing felt before, and it’s what we imagine a ride on top of a pissed-off rhinoceros would feel like, only faster. It bucks, it growls, it snorts, it yells, and everybody gets the hell out of your way.

While 600 horsepower, courtesy of a 2.3L TVS supercharged 5.0L Coyote V8, comes off as an insane figure – especially for a pickup truck – the Roush F-150 manages the grunt rather well. This can be mostly accredited to both the truck’s tire contact patch, and weight. 600 horsepower would obviously behave a lot differently if it was offered in, say, a Ford Fiesta. Thankfully in this case, physics sides with the super truck.

The exhaust sound is more than mean enough to scare babies and pets, but the exhaust drone can grow tiring on long trips, and there’s really no way to be stealthy with it. At the same time, the truck wouldn’t be complete without it. It’s as mean looking, as it is fast, as it is loud. The Roush F-150 is heard before it is seen, and that’s saying a lot. Take the sound of a 2014 Mustang Shelby GT500, make it louder, and that’s essentially what you get. Thunder and fire. As with the looks and the power, the sound of a Roush F-150 SC is what makes it one of the most imposing vehicles one can buy from a dealership (yes, you can buy one from select Ford dealers). And nothing says “move over” like its 2017 Raptor-inspired grille all up in a rearview.

Roush spared no expense in the suspension department, either. With Fox 2.0 coilovers and shock absorbers, making it ideal for some sand dune running, or sensible amounts of mud. It does sport 20-inch Mickey Thompson wheels, appropriately wrapped in Mickey Thompson Baja ATZ tires that are 305/55 in all four corners. Now, the added height and off-road oriented suspension set up does yield a bit more pitch and body roll than standard. Something-something cake and eat it, as they say. That said, we would like to see what Roush could do to an F-150 that has road course performance in mind, harkening back to the F-150 Lightning from back in the day. A lowered truck with racing suspension and tires, with the scream of a Roushcharged Coyote 5.0L V8, might just be just the thing the world needs right now.

Of course, buyers can also get a top-shelf F-150 for Roush to grace, such as an F-150 Limited with an MSRP of $59,580, instead of a more basic model, which is often the case. Yet no matter if the selected F-150 is a spartan work truck, or a loaded status symbol, Roush is offering a proposition that is largely unprecedented, and largely unchallenged from any other OEM, let alone the aftermarket. Cherry it off with a 3-year, 36,000 mile warranty from Roush, and the package is complete. There’s little more one can ask for out of what’s offered. And if the biggest, baddest half-ton truck from the factory is desired, Roush Performance is a sure bet. The question of whether or not you’re on that level of crazy to go for one, however, is entirely up to you.