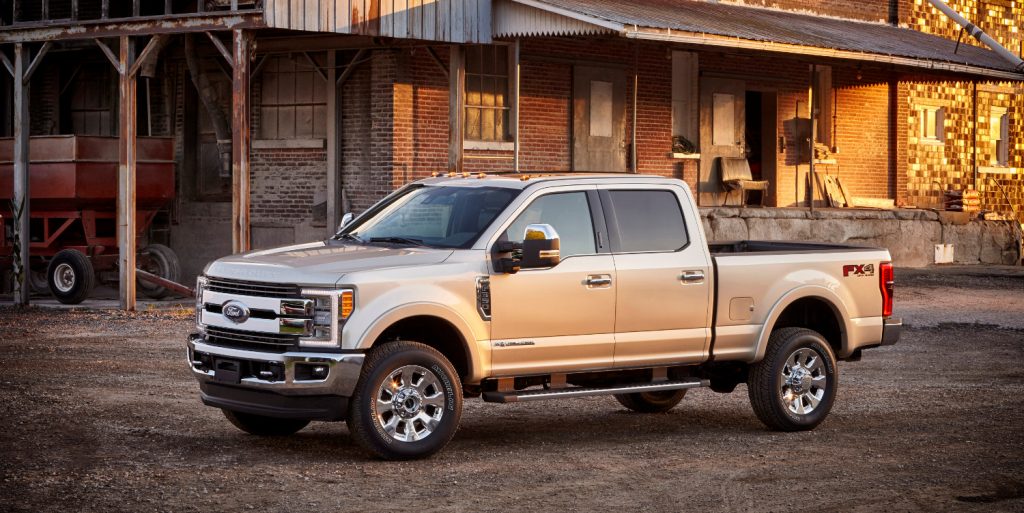 The all-new, 2017 Ford Super Duty is one of four contenders for the title of 2017 North American Truck of the Year – an award given annually during the North American International Auto Show in Detroit by a panel of no more than 60 automotive journalists.

In fact, the Blue Oval is well-represented in the four-strong truck category, with the 2017 Ford F-150 Raptor joining the Ford Super Duty in the semifinalists ring. The other two contenders are Honda’s redesigned Ridgeline and Nissan’s Titan half-ton pickup, reports the Detroit Free Press.

In addition to choosing the “Truck of the Year,” the judges also select a North American Car of the Year, for which the new, 2017 Lincoln Continental has been nominated.

The 2017 Ford Super Duty seems like a shoe-in for North American Truck of the Year. The new generation benefits from a redesigned, fully-boxed steel frame and aluminum alloy body components which allowed engineers to beef up parts of the suspension and drivetrain without adding weight. It also features two very capable engine options, a 6.7-liter Power Stroke diesel and a 6.2-liter petrol V8, both of which promise supreme capability and durability.