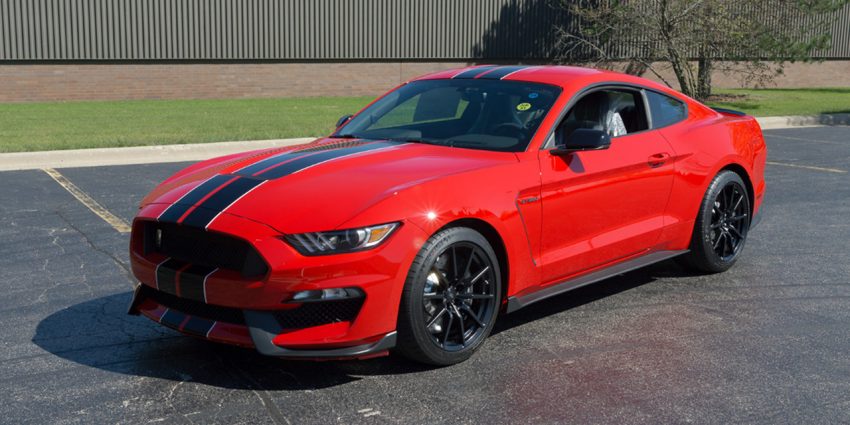 Up for grabs at Mecum’s Chicago Auction from October 6th through the 8th is a very special, 50th Anniversary Shelby GT350 Mustang from the 2015 model year – No. 104 of the total 137 produced.

The car wears a few more interesting distinctions, such as being one of 50 cars ordered with the optional Technology Package that year, and one of only four shod in Race Red with black stripes. The official Mecum Auctions listing for the car says that it has not been dealer-prepped, and it still wears all the original shipping plastics, markings, and labels from when it was brand new, having been garage-kept all that time.

Of course, any example of the current Shelby GT350 Mustang is a very special car, being inarguably the most track-capable production Mustang ever produced. Power comes from an eager, lively 5.2-liter V8 with an uncommon flat-plane crankshaft, which is paired to a 6-speed manual transmission. The Technology Package featured on this car includes magnetorheological dampers and heavy-duty front springs, plus equipment to make the Shelby GT350 more of a comfortable, everyday cruiser (six-way power front seats, 8-inch touchscreen with SYNC 3, seven-speaker audio system, etc.)

Check out the Mecum Auctions listing for this 50th Anniversary Shelby GT350 for more pics and details.