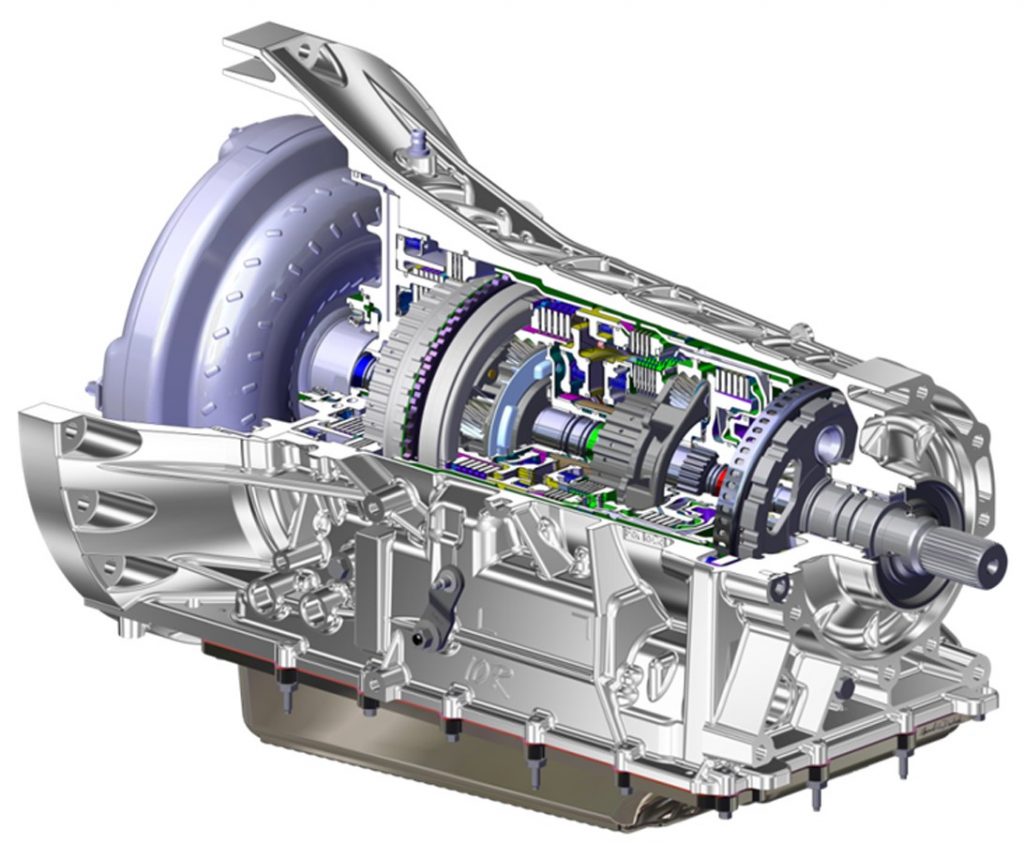 The new 10-speed automatic transmission (dubbed “10R80”) bound for duty in the 2017 Ford F-150 3.5L EcoBoost and all-new F-150 Raptor has stirred up a lot of excitement since news of the gearbox first broke. It’s been developed jointly by Ford and GM, with the former automaker taking the lead on engineering, and features more forward gears than any other volume-production automatic on the market.

That said, Ford hasn’t exactly been the most forthcoming with details of the new unit, so we were excited to expand our understanding of the new 10-speed transmission with info from a recent piece by Car and Driver.

According to C/D, Ford’s new 10R80 automatic doesn’t surpass all other gearboxes with regard to ratio spread – not even close. It has a spread of about 7.4, compared to 9.8 from ZF’s 9HP 9-speed or 10.1 from the Porsche Panamera’s 7-speed dual-clutch unit. Since all 10 forward gear ratios fit within this 7.4 spread, the transmission should be able to keep the engine to which it’s paired closer to peak RPM more of the time, meaning better acceleration or smoother hauling, towing, and cruising, depending on how it’s being asked to operate.

Of course, some complicated shift logic is required to deliver on those promises, and the Ford 10R80 transmission ought to deliver. First-rate programming is rather required, in fact, as the transmission features six clutches actuated by integrated solenoid valves rather than the typical fluid pump and valve body. This means that the new transmission should deliver responsive, quick shifts – shifts 26 to 36 percent quicker than a Porsche dual-clutch through fourth gear, says Ford.

Another result is that the torque converter is only really called upon at launch, according to Car and Driver. Otherwise, the driveshaft and transmission are locked, improving efficiency.

Finally, for the new 10R80 automatic, Ford has formulated a new automatic transmission fluid called Mercon ULV, which is far thinner than its predecessors. According to C/D, where 7.5 centistokes was a reasonable viscosity when 4-speed autos were in-vogue, Mercon ULV has a rating of only 4.5 centistokes. Would that we could tell you what a centistoke actually is, but suffice it to say it’s a unit of kinematic viscosity measurement, and the new fluid is 40 percent less-viscous than older formulations.

Thanks to this new, thinner ATF, the transmission should have less internal friction to contend with, and relatively limited pumping losses.

For more on the new Ford-GM 10-speed automatic transmission, be sure to stop by Car and Driver.