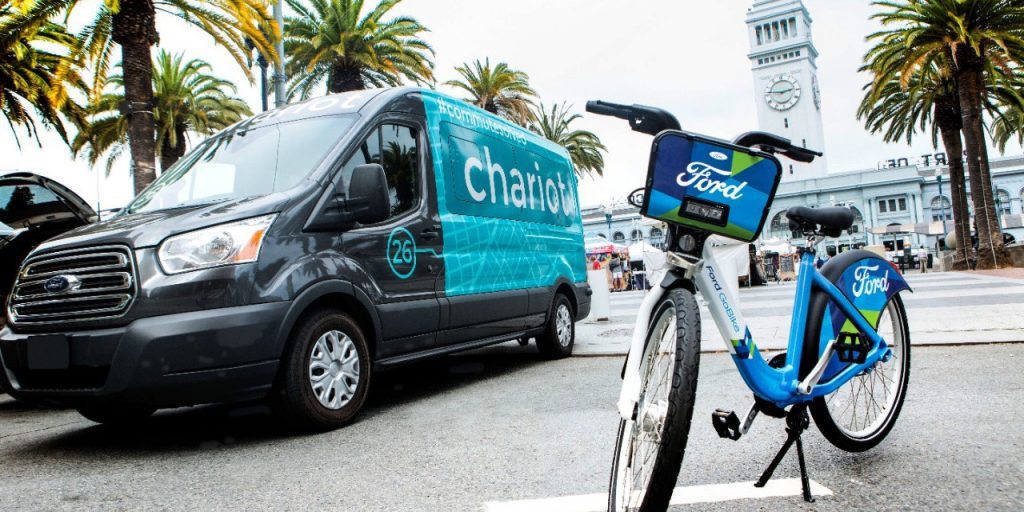 Ford Motor Company last week announced an agreement to acquire a San Francisco-based, crowd-sourced shuttle service known as “Chariot” – a company which could become the foundation for the automaker’s global shuttle services. The service could be expanded to at least five additional cities (beyond San Francisco) over the next 18 months.

Chariot operates a fleet of almost 100 Ford Transit shuttles around the San Francisco Bay area, using crowd-sourced data to plan routes based on where the most demand is. Ford says that in the future, the shuttles will be operated “dynamically,” using data algorithms to adapt in real-time to shuttle demand and respond efficiently. By operating fleets of shuttles in and around urban centers, Ford can help cut down on urban congestion; according to a study by KPMG, each dynamic shuttle put into service at peak traffic hours could mean 25 fewer cars.

Ford is making strides in other areas of urban mobility, as well, having announced a partnership with “Motivate” – another San Francisco-based service which provides bike rentals for the Bay Area. Together, Ford and Motivate are planning to work with city officials to put in additional bike stations and increase the number of bicycles on the road to 7,000.

Finally, Ford is launching a new City Solutions team within its Ford Smart Mobility LLC subsidiary. The team will work with municipalities to pilot and develop mobility solutions catered to individual cities worldwide, and discussions are already underway in a few urban centers around the world.