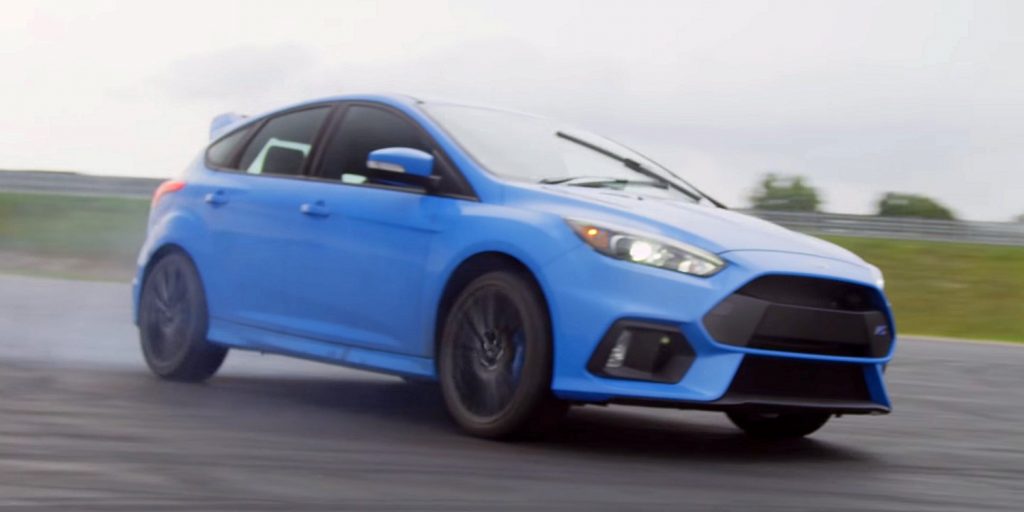 Perhaps inspired by Carfection‘s Alex Goy and the video where he gets his mom to have a go drifting the new, Mk III Ford Focus RS, YouTube’s Donut Media recently published a video with real Ford employees and their real grandparents enjoying some inter-generational drifting.

The video, released to celebrate Grandparents Day (which takes place the first Sunday after Labor Day in the US), can be seen above. If you make it all the way through without smiling at least once, I’ll eat my hat.

The new, 2016 Ford Focus RS is set up for low-effort drifting thanks to its special “Drift” driving mode, which changes the steering mapping, torque-vectoring programming, damper stiffness, and more to make inducing and sustaining oversteer a breeze. Electronic Stability Control is left inactive until the car detects an excessive yaw rate (read: “oh **** I lost it”), meaning that there’s at least something of a safety net in place should a driver get too carried away.

Unfortunately, that hasn’t stopped some Focus RS drivers from having close calls and crashes. Just earlier in the month, we reported on a video that had surfaced showing a young hoonigan crashing on a mountain road in New Paltz, New York.

Remember: Drift mode is for track use only.

Ford Introduces An All-New Electronic Handbrake For Drifting In The Focus RS: SEMA 2017