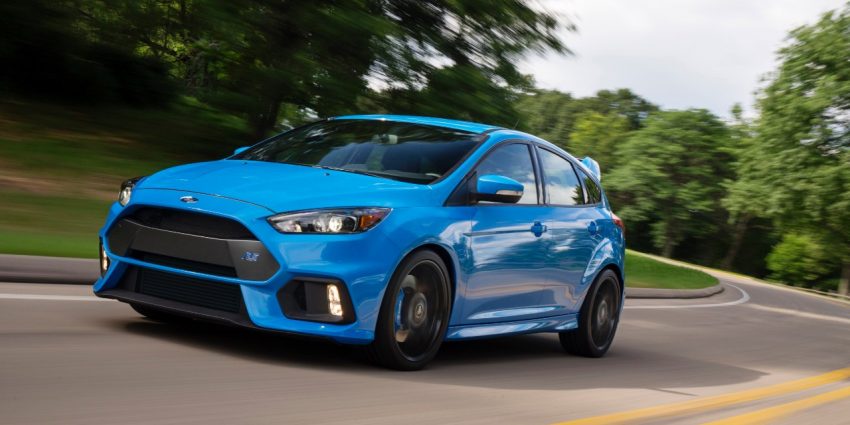 Already a favorite among much of the motoring press, the new, 2016 Ford Focus RS has once again been compared to some of its chief rivals in the attainable, AWD performance space, this time from Australian publication CarAdvice.

In Part Two of their comparison test, the folks at CarAdvice took the Mk III Focus RS, the Subaru WRX STI, and the Volkswagen Golf R to the track after concluding that the Ford should rank last for on-road performance (the VW came first, followed by the Subaru). Surely, things will be different here; the Ford Focus RS has the most advanced all-wheel-drive system of any of the three, capable of delivering “true” torque-vectoring through computer-controlled clutch packs for a more rear-wheel-biased experience than either the Subaru’s symmetrical AWD or the VW’s front-biased Haldex system can deliver.

Additionally, the Ford Focus RS offers an adjustable suspension system – something also found on the VW Golf R, but missing from the Subaru STI. And since CarAdvice‘s Focus RS press car came equipped with the optional wheel and tire package, which pairs forged, 19-inch alloy wheels with sticky Michelin Pilot Sport Cup 2 rubber, tire grip ought to be less of an issue than on its rivals.

Ultimately, though, is all that enough? Does the Ford Focus RS outperform the Volkswagen Golf R and Subaru WRX STI on the track to such an extent as to render its on-road shortcomings moot? Read the full comparison at CarAdvice to find out.