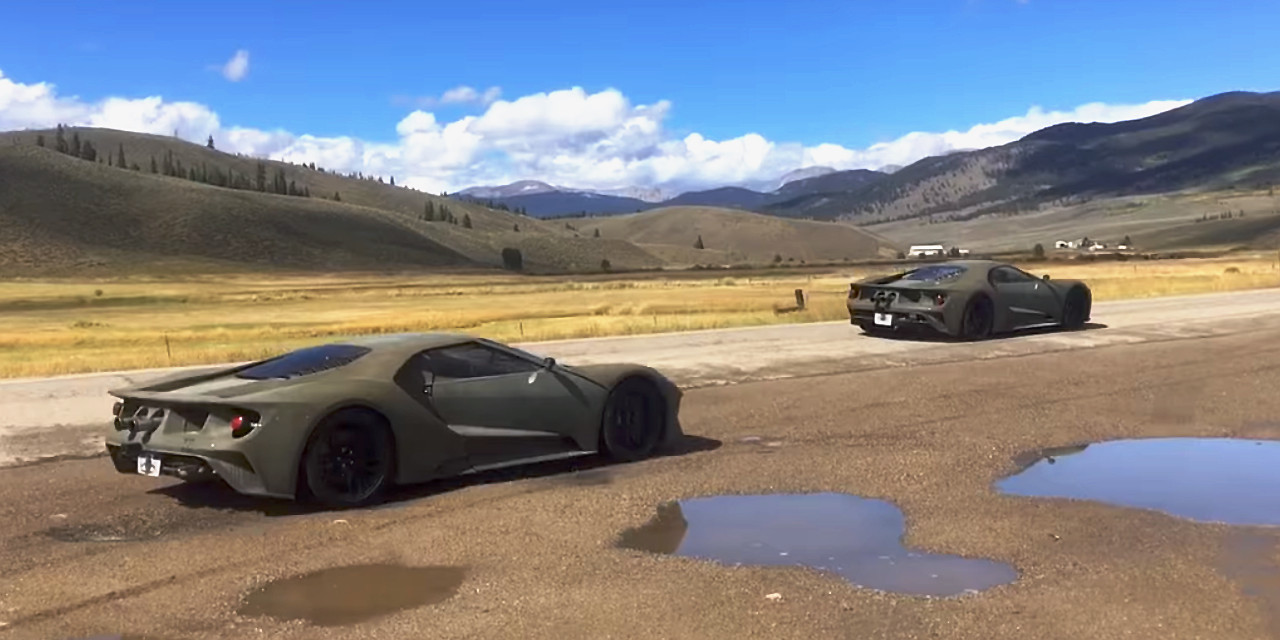 Say, remember those olive-drab Ford GT development mules that have been spotted testing around Colorado recently? Two of them turned up in an amateur video taken around the small community of Sargents, while another was featured in a spy video from The Fast Lane Car that we shared just earlier today.

It would seem that three identical Ford GT development mules – likely each of the ones captured on video, although there may be more – were pulled over for speeding by local law enforcement Tuesday morning. According to website VailDaily, the Ford GT prototypes were clocked at about 101 miles-per-hour in a 50 mph zone. Ouch.

Reportedly, officers from the Avon Police Department, the Eagle County Sheriff’s Office, and the Colorado State Patrol were present to administer citations, as was a crowd of gawkers. Each of the drivers of these Ford GT mules was issued a ticket, although VailDaily described the officers’ attitudes regarding the violations as “relaxed and slightly amused.”

The three Ford GT prototypes were caught coming east out of Glenwood Canyon, where they had been doing high-altitude testing.