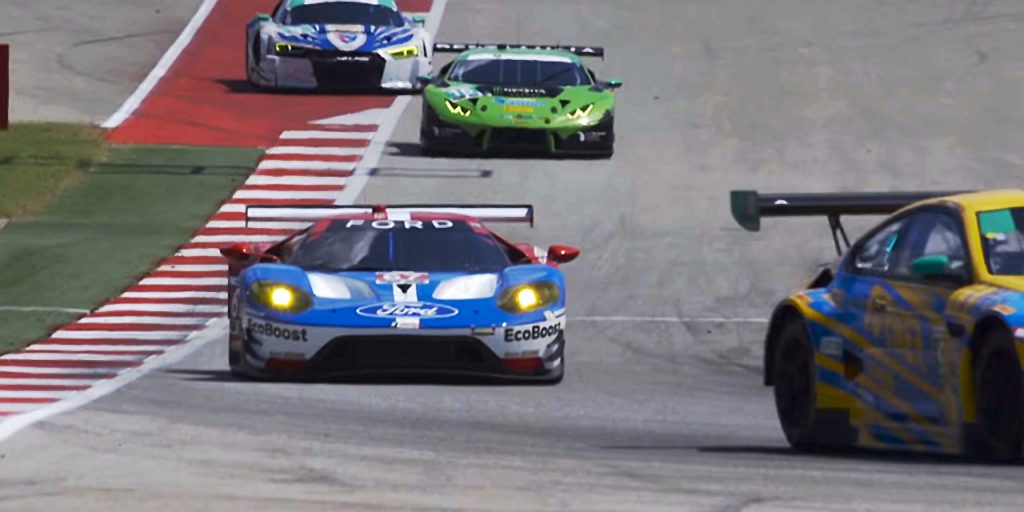 Last weekend brought with it some disappointment for Ford Performance and its fans, as the No. 66 and No. 67 Ford GT race cars only managed a sixth- and ninth-place finish, respectively, at the IMSA Lone Star Le Mans race at Circuit of the Americas (COTA).

Things went awry in the very first lap of the race, when driver Dirk Müller in the No. 66 Ford GT was pushed off the track by a BMW, losing more than half of a lap before he could get back to it. The No. 67 Ford GT, which started from pole, suffered a worse fate 34 laps later when it made contact with the No. 4 Corvette. That incident resulted in damage to the steering rack, which cost the No. 67 Ford GT thirteen laps and put it on track to finish the race ninth in-class.

Despite the difficulties encountered at the COTA round of the IMSA WeatherTech series, Ford CTO Raj Nair says that the automaker could still win the championship. “We’ve still got a shot at the championship. We’re going to go for it. But we’re really setting ourselves up very well for a second year, as well,” said Mr. Nair.

The next race of the 2016 IMSA season is the Petit Le Mans at Road Atlanta in Georgia. You can watch the Ford GT try and recapture lost ground in the championship at that event from September 28th through October 1st.