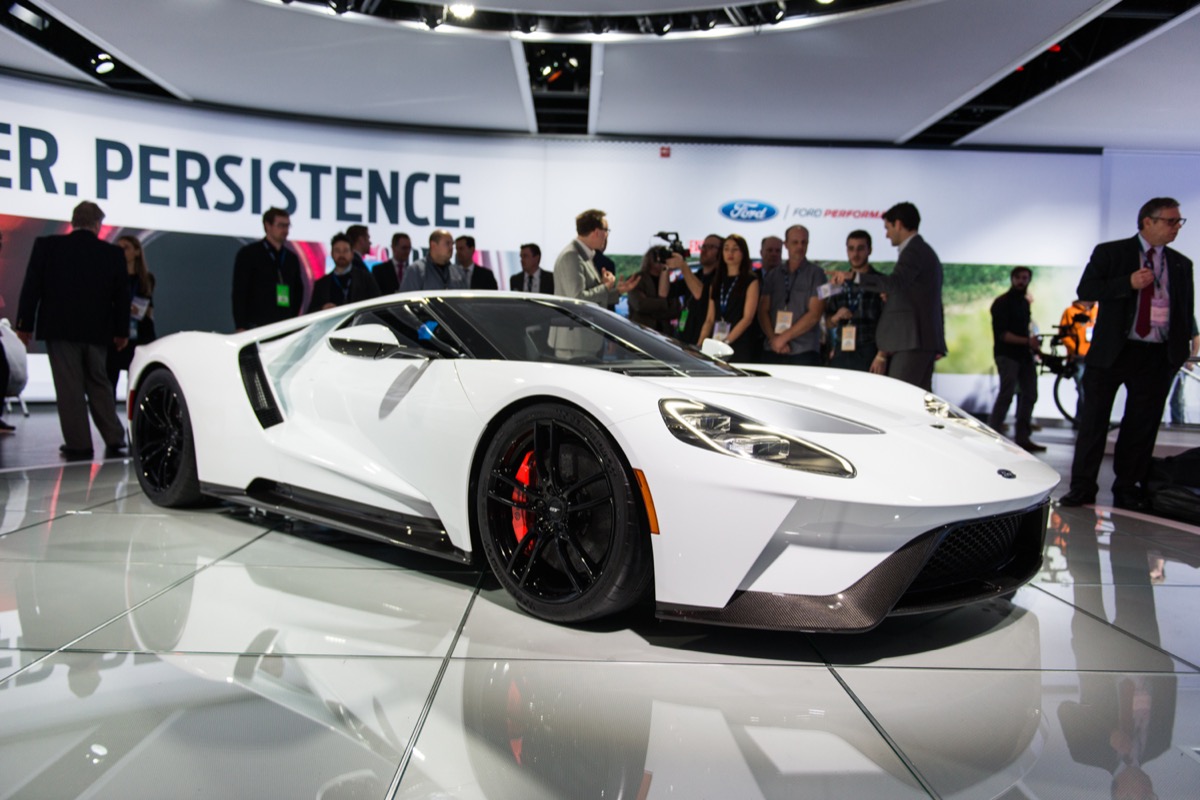 The all-new Ford GT supercar has become the first car ever to win a Gold Clio for product design in the international Clio Awards competition. This is the first that the Vehicle category has been included in the 57-year-old Clio Awards.

Ford North America Exterior Design Director Craig Metros and Ford Interior Design Manager William Mangan were at the Clio Awards ceremony in New York earlier this week to accept the Gold Clio on behalf of the Ford GT team. Metros said of the award: “This is an exciting win, an extraordinary achievement. The Ford GT is real piece of modern art, design and performance. The 2016 Le Mans winner is not only a beautifully sculptured machine, but a showcase of innovation that celebrates performance, efficiency, lightweight and aerodynamics.”

The Clio Awards, first given in 1960, are awarded by a panel of creative professionals in marketing, advertising, and design. They’re meant to reward cutting-edge achievements that push the boundaries in each of these fields.