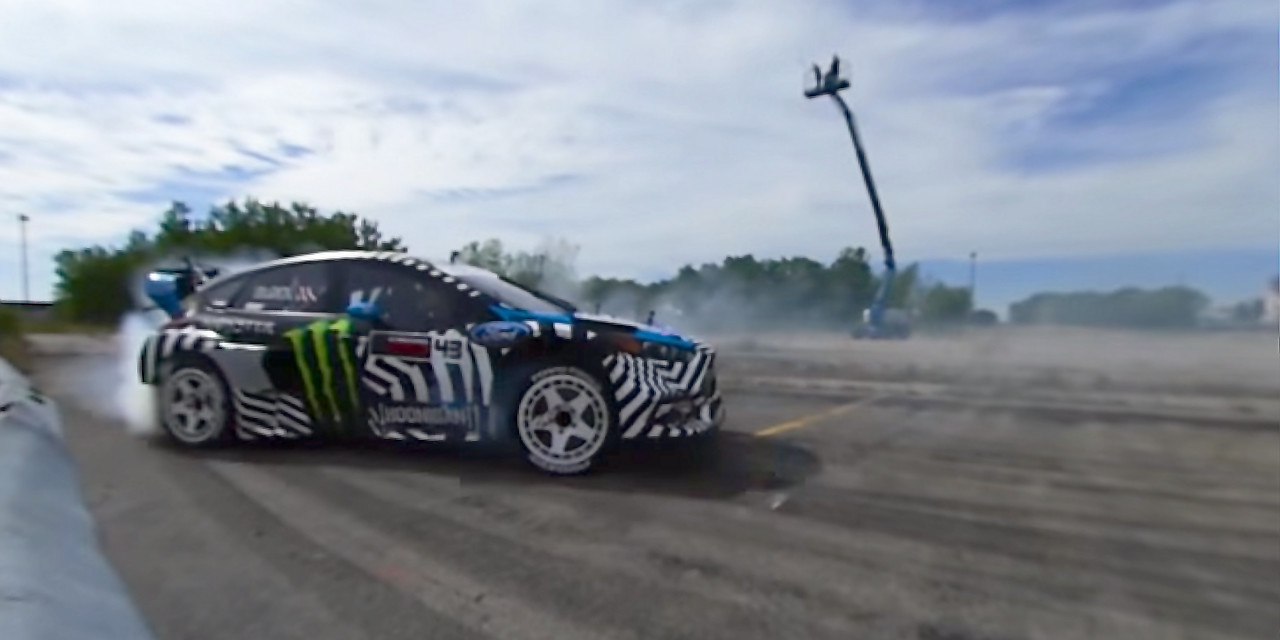 “Gymkhana 9” – the ninth edition of Ken Block’s hugely-famous “Gymkhana” driving video series – is being re-released by Ford in 360° virtual reality. It will be made available to view soon through the “FordVR” mobile app for Android- and iOS-powered devices.

The FordVR app was launched last month, with the first piece of exclusive content being a 360° video telling the story of this year’s GTE-Pro victory at the 24 Hours of Le Mans. Ford said at the time that the app was developed to deliver “a powerful storytelling platform for consumers and fans to experience Ford innovations like never before.”

Gymkhana 9, sponsored in-part by the Forza Horizon 3 video game, was shot around the city of Buffalo, New York. It features the first off-track appearance of the new Ford Focus RS RX competition car, complete with Ken Block’s No. 43 World Rallycross livery and 600 horsepower, as it performs some awe-inspiring stunts in an industrial urban playground.

If you haven’t already seen Gymkhana 9, check it out by following this link.