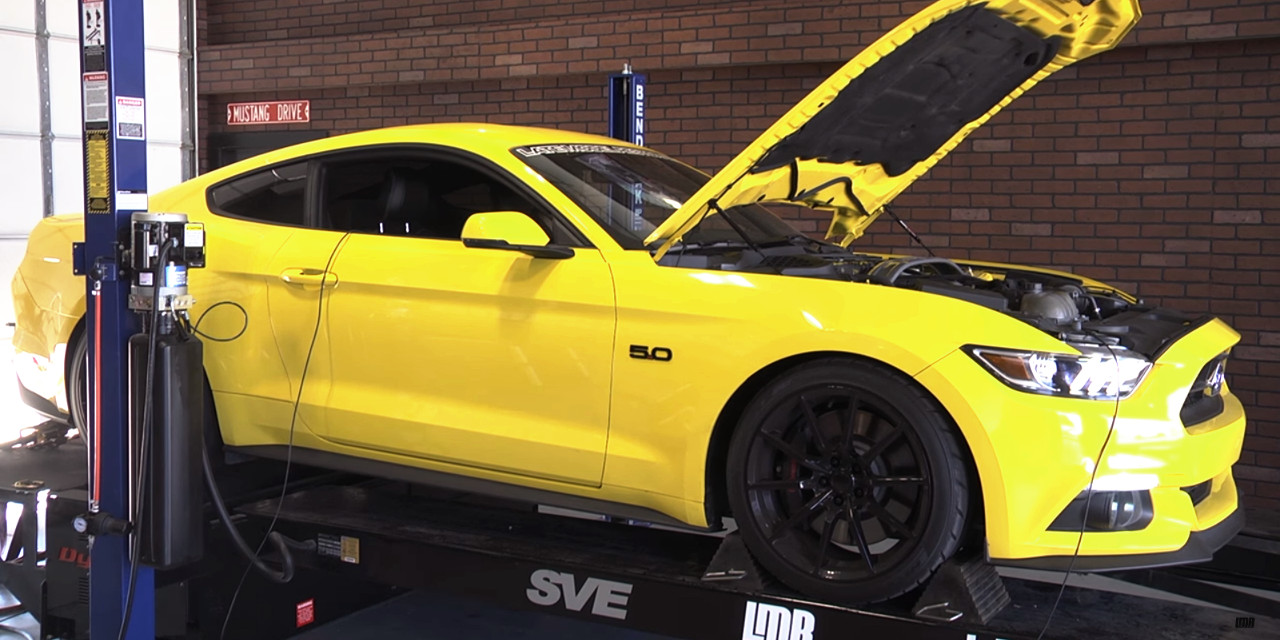 For the Ford Mustang GT owner chasing after increased power and torque, Ford Performance is releasing a line of “Power Pack” upgrade kits that use less-restrictive intake bits and optimized software to unlock more “oomph” from the factory 5.0-liter Coyote V8. The first of these Power Packs, aptly named “Stage 1,” is already available.

But just how much extra performance can a few plug-and-play components really unlock? That’s what Late Model Restoration set out to uncover last week in a pair of recorded dyno runs. LMR tested a current-generation Ford Mustang GT both before and after Ford’s Stage 1 Power Pack had been installed, revealing that on their own test car, at least, new software and a drop-in air filter from K&N had unlocked an extra 15 horsepower and 18 lb-ft of torque at the rear wheels.

That’s 2 horsepower and 2 lb-ft better than even Ford Performance itself had claimed for the Stage 1 kit.

The Stage 1 Power Pack is available for Ford Mustang GTs with either 6-speed manual or 6-speed automatic transmissions. In addition to boosting engine output, the manual-specific version of the included software enhances throttle response and features a no-lift shift strategy; the automatic version incorporates a new shift schedule optimized for greater performance. All Ford Mustang GT Power Packs are legal in all 50 states, and they preserve the factory Ford warranty when installed by an authorized Ford technician.

For more, be sure to check out LMR’s install overview and before-and-after dyno tests above.