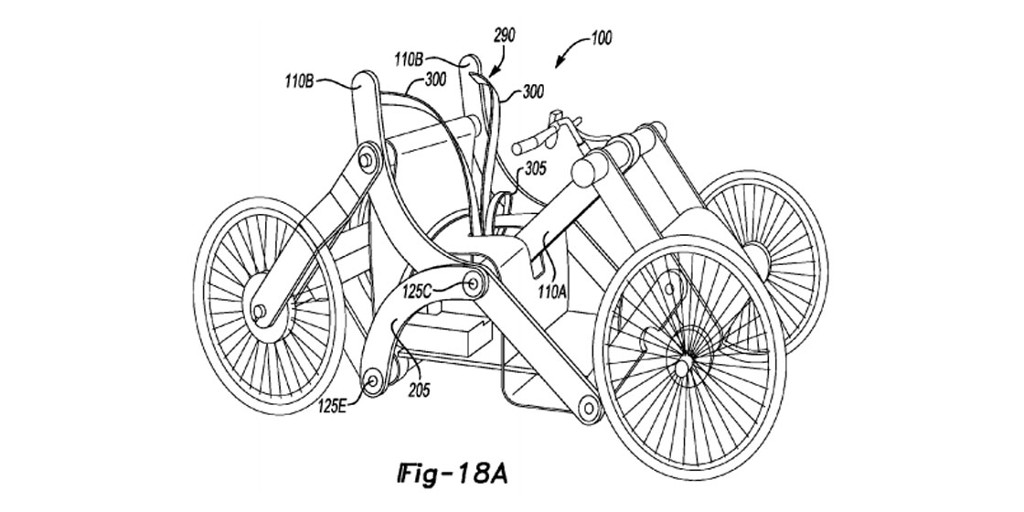 As part of its “Smart Mobility” promise to solve all the world’s transportation woes, Ford Motor Company has had a particular interest in what’s referred to as “multimodal transport” – or, the use of several different means of transportation in a single journey, with some mix of trains, buses, cars, bicycles, and other vessels used in the course of getting from Point A to Point B.

We guess the automaker’s new invention, detailed by a patent for a small, foldable electric car, could very easily join the mix.

According to Carscoops, Ford has been granted a patent on the small, rather basic-looking car shown above, which the company envisions coming in especially handy in large cities within emerging markets (China, India). The budget-priced Ford EV can be collapsed longitudinally for storage when not in-use, features a retractable roof for protection from the rain, and derives its thrust from electric motors.

Ford’s small, stowable EV might never come to pass, but if it does, we expect it would be a hit in markets like China and India where congestion is especially rampant, and could even take off in countries like the US, bridging the distance in urban areas between parking garage and final target destination – assuming it’ll fit in an average car trunk.