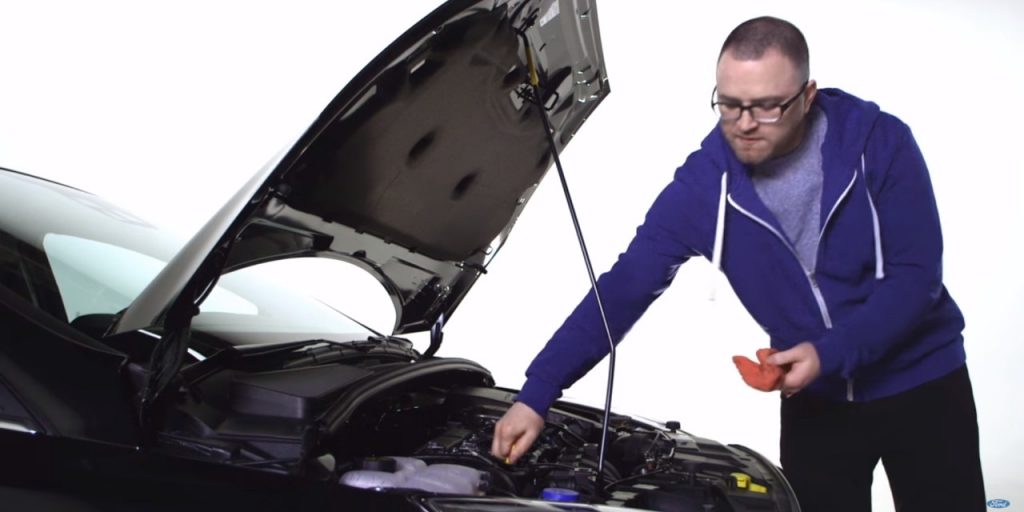 If you’ve made it this far in life without ever having checked your engine oil, congratulations; you’ve rolled the dice on your car’s life, and (so far) come up on top.

As with any other vehicle with an internal combustion engine, oil is critical to the operation and longevity of said engine in your Ford. At the least, running your engine too low on oil will cause what amount is in circulation to get dirty and breakdown faster, causing increased wear and deposits of gunk on engine internals. At the most, the shortage of oil causes surfaces to create so much heat through friction that parts either break or fuse together.

That’s the point when you typically need a new engine.

So, to help prevent the catastrophic failure of your Ford’s engine, the automaker has put out the above video, demonstrating how to check the oil level in a modern Ford passenger vehicle. The process is just about identical for any make or model, except that certain engines will have certain rules regarding whether they should be checked while cold, warm, or hot. Also, the dipstick markings on a Ford will be somewhat different from those on, say, a Chevrolet or a Chrysler.