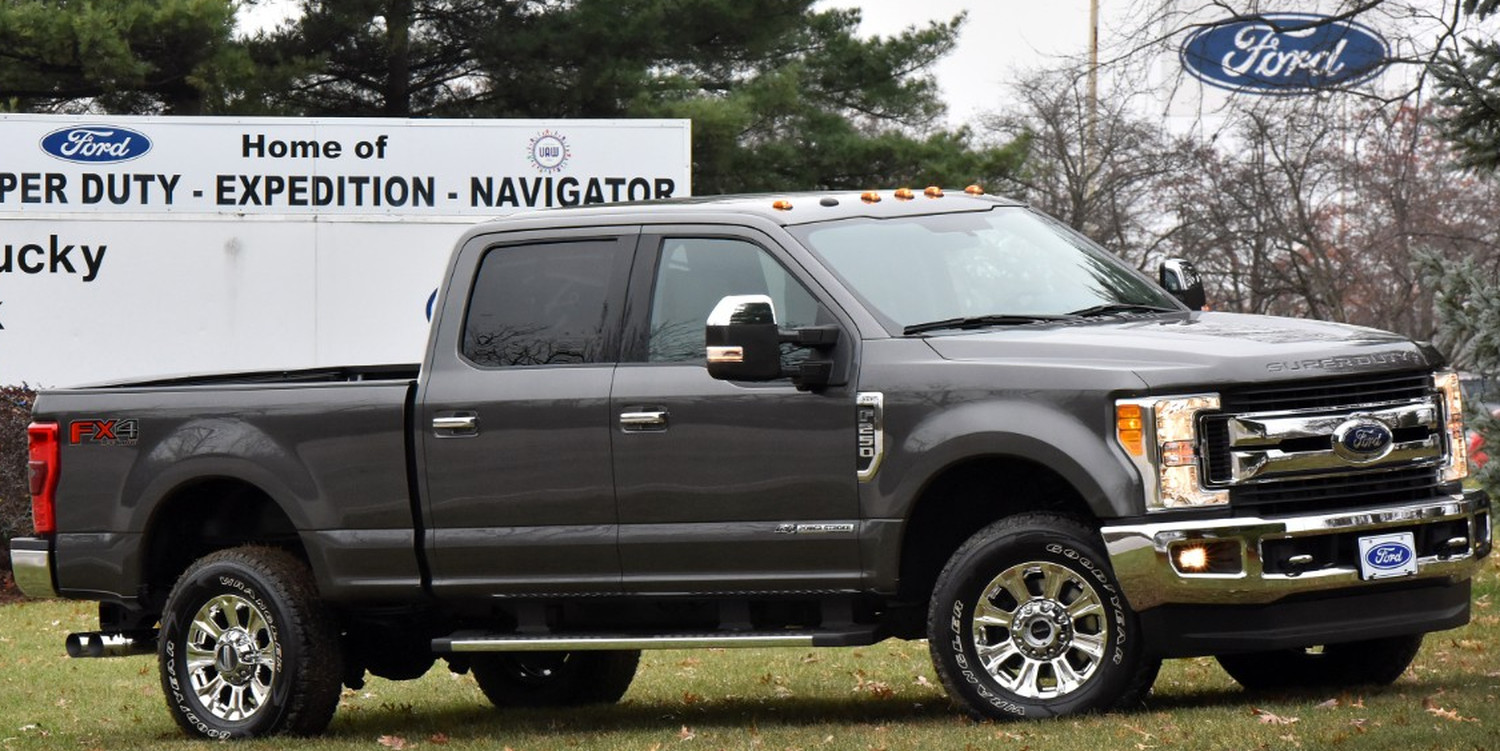 Recently, the peak output figures of General Motors’ new 6.6-liter L5P Duramax truck engine were leaked, revealing that the turbocharged diesel mill will be capable of producing up to 445 horsepower and 910 lb-ft of torque when it finds its way into the automaker’s Heavy Duty (HD) truck models for 2017.

Why Should Ford Fans Care?

For those who’ve hitched their carts to Ford’s F-Series Super Duty, the leaked numbers are relevant because they mean that the 2017 Chevrolet Silverado HD (and mechanically-identical GMC Sierra HD) won’t quite be able to touch the class-leading 925 lb-ft of torque made by Ford’s 6.7-liter Power Stroke turbo-diesel, even after the Duramax’s fresh redesign. The Ford Power Stroke may be short 5 horsepower relative to the GM mill, but torque is generally the more important number for those looking to use their trucks to do “truck” things – towing and hauling, and such.

GM’s new L5P Duramax, like Ford’s new 6.7L Power Stroke, is a turbocharged V8 diesel engine built for medium- and heavy-duty trucks. GM’s design partner for the Duramax family is Japanese company Isuzu; the new Power Stroke is the first to be designed and built by Ford, with support from Austrian automotive consulting firm AVL.

The Ford Power Stroke’s 440 HP/925 lb-ft and the GM L5P Duramax’s 445 horsepower/910 lb-ft relegate the Ram 2500/3500 HD and its available Cummins diesel I6 to third in the medium-duty segment in terms of both power and torque. The Ram diesel previously let the pack in torque output with 900 lb-ft.