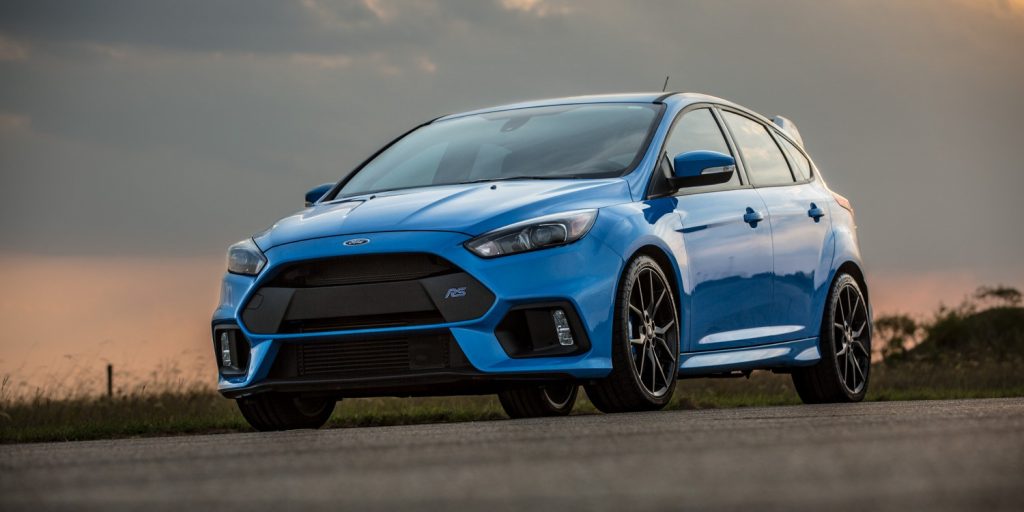 The folks over at Hennessey Performance Engineering are hard at work fiddling with the new Ford Focus RS hot hatch, and their first upgrade package – dubbed “HPE400” – manages an impressive 405 horsepower and 425 lb-ft of torque using fairly basic components.

To build an HPE400 Focus RS out of a factory car, Hennessey installs a high-flow air filter, stainless exhaust mid-pipe with an electronic exhaust dump valve, a new engine-management tune, and that’s it. Special Hennessey exterior badges alert all the other road users that you’re packing some extra heat, and a “Powered by Hennessey” badge under the hood lets your mechanic know the same. The engine internals and turbocharger remain completely unaltered.

The HPE400 package for the Mk III Ford Focus RS represents a 55-horsepower increase over Ford’s official peak HP rating, and a sizeable 75 lb-ft more torque – though we wonder whether Ford mightn’t have understated the latter. Mission accomplished? Not quite; according to Motor Authority, future Focus RS upgrade packages could see further changes to the car’s induction and exhaust plumbing, as well as different turbos, intercoolers, and more.