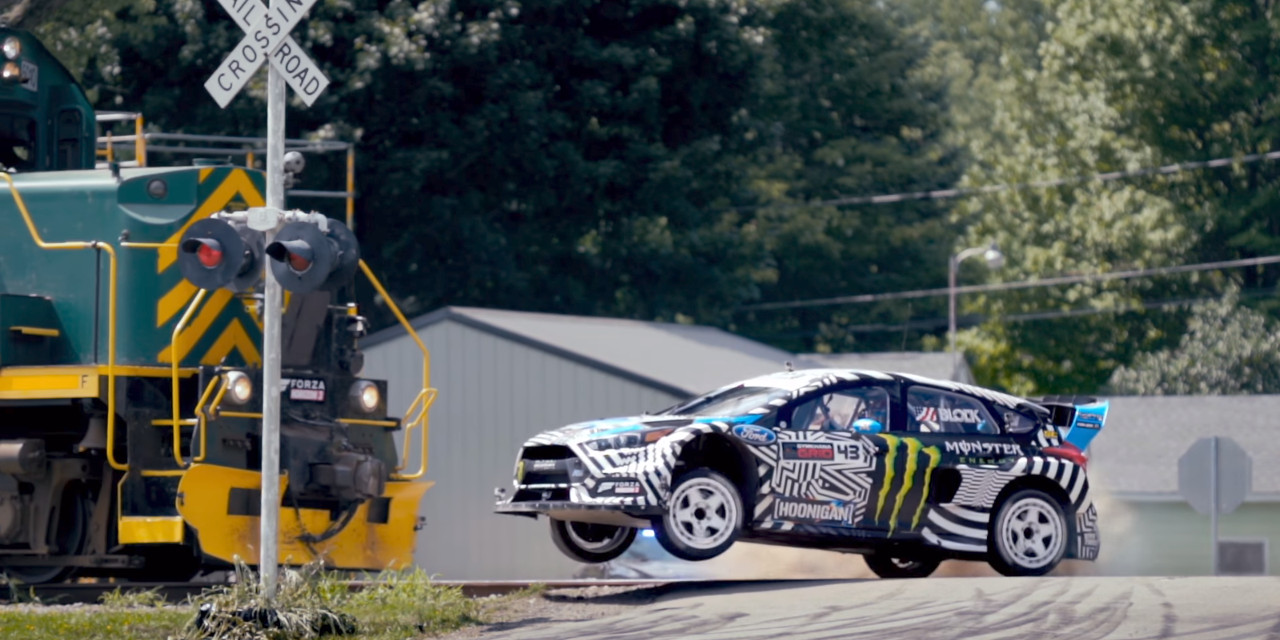 What’s the greatest gift you’ll ever give to mankind? For professional rallycross driver Ken Block, the answer is quite possibly his Gymkhana driving video series – a gift he’s given nine times now.

The latest addition to the series, Gymkhana 9, was just posted to YouTube earlier today. It stars Ken Block’s competition-spec Ford Focus RS RX, contending with epic obstacles like a fast-approaching freight train, an F-150 Raptor suspended by helicopter, and precarious perches like a dock and a lift bridge.

Gymkhana 9 was presented in part by video game Forza Horizon 3, and it marks the first off-track appearance of the 600-horsepower Ford Focus RS RX. Australia was the first choice of location for the video, owing to the fact that Horizon 3 is set in a virtual Australian landscape, but Buffalo, New York was selected after the producers were unable to secure the necessary permits.

But that’s a completely different story. Be sure to watch Ken Block’s latest high-octane Gymkhana adventure above.